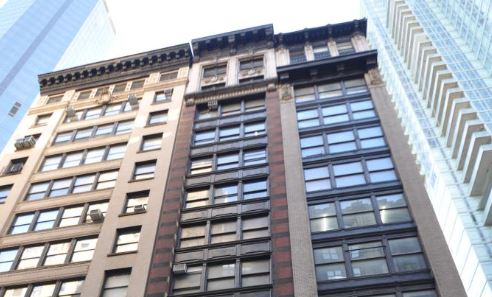 The company bought the 12-story buildings at 10 East 33rd Street and 12 East 33rd Street between Madison and Fifth Avenues from Adee Associates, said Daniel Wrublin, a co-founder and principal at Dalan Management, after selling three Washington Heights buildings in November for $16 million. The East 33rd Street buildings comprise 61,100 square feet and could be converted into residences or a hotel.

Timour Shafran and Phil Fierro of Citicore represented Dalan in the deal. Pavan Uttam of UP Real Estate Advisors represented Adee. In June 2012, Brian Hosey from Marcus & Millichap marketed the properties for $35 million before the owner took them off the market. Mr. Hosey didn’t immediately respond to a request for comment. Since the summer, Adee Associates, run by a former garmento, has maintained a $40 million ask, Mr. Shafran said. Adee bought the properties in the 1980s.

“The 10 building is primed for converting,” said Mr. Shafran, because the office leases expire by 2016 and there is potential permanent access to light and air on three sides if the buyer obtains an easement. The last lease in the 12 building expires in 2019.

The buildings are not ideal for combining as they don’t line up exactly and one building is union-run (12) while the other is not.

In the short run, Dalan plans to just update the spaces, Mr. Wrublin said. “Down the road the potential is to convert [the site] or sell it to somebody to convert it,” he said.