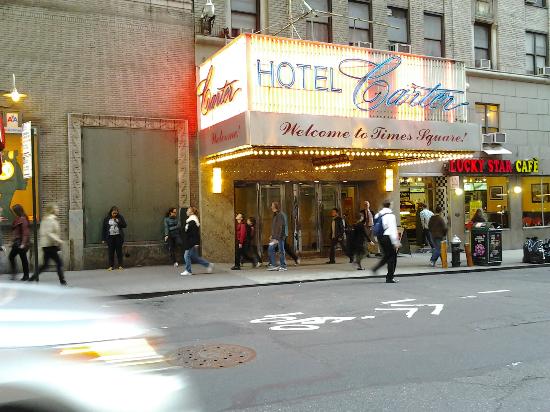 Chetrit Group has closed on its $191.9 million purchase of the infamous Hotel Carter, public records filed today show, and took out $150 million in mortgages from Athene Annuity, a Wilmington, Del.-based life insurance company.

The seller of the former flophouse at 250 West 43rd Street was Alphonse Hotel Corp., a company controlled by the heirs of deceased Vietnamese businessman Tran Dinh Truong. Attorney Ernst Rosenberger of Stroock & Stroock & Lavan, the court-appointed temporary administrator of the Truong estate, said the building was sold in order to distribute the assets. Since Truong had no will, it has been, and remains, unclear, who the distributees are, Mr. Rosenberger said.

The Wall Street Journal reported when Chetrit Group’s Joseph Chetrit agreed to the acquisition of the 600-room 1930 property between Seventh and Eighth Avenues last September. The sale closed on Jan. 22, according to property records.

In addition to the Hotel Carter, the Truong estate includes a property in Philadelphia as well as a Manhattan building at 239 Elizabeth Street, the latter which can’t yet be sold.

“We have some claims pending so we’re not listing it for sale yet,” Mr. Rosenberger said. “[Two tenants in the building, who are daughters of Truong, are] claiming a 20-year rent-free lease.”

Chetrit Group didn’t immediately respond to a request for comment, but Mr. Rosenberger said, “The buyer plans to remodel and modernize the hotel. They plan to keep it as a hotel.”

A source with knowledge of the deal emailed: “Mr. Chetrit is going to make it/rebuild it so to be an incredible hotel for tourists.”

Update: This story was edited to include a quote from a source as well as the address of the Elizabeth Street property.