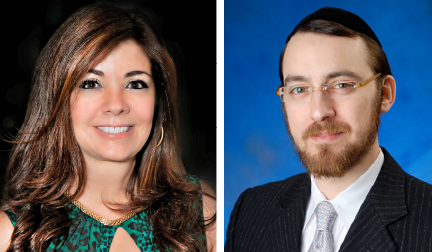 Adelaide Polsinelli and Lipa Lieberman have been promoted to managing director and principal, titles that are effective immediately, according to a press release issued by Eastern Consolidated today.

“Adelaide and Lipa are two of our top producers, who constantly demonstrate the highest level of professionalism, are extremely motivated and brilliant individuals, and deliver the highest returns for their clients,” said Daun Paris, the president of Eastern Consolidated, in prepared remarks. “They have greatly contributed to our firm’s growth and success and we look forward to seeing what they accomplish in the coming years.”

It was not immediately clear how Ms. Polsinelli’s and Mr. Lieberman’s responsibilities will change as a result of the promotions.

“We do not have a clearer sense of what the new positions are at the moment,” said a spokeswoman for Eastern Consolidated.

Ms. Polsinelli is currently the head of the retail sales division at the company. She was named Eastern Consolidated’s Broker of the Year in 2013. In a Sit-Down interview with Commercial Observer last October, Ms. Polsinelli said her favorite deal was The Hit Factory on West 54th Street, where she sold the Gibson Guitar retail condo for $7.25 million.

“It was a deal where everyone got along,” she said at the time. “It was a cool hip story with Gibson Guitar. Most investors didn’t get it.”

Ms. Polsinelli previously worked for Marcus & Millichap as a vice president. She graduated from New York University with a degree in Finance and Real Estate. She started at Eastern Consolidated in 2012.

“I am honored and thrilled to be named a principal of Eastern Consolidated, a firm I have known and respected for decades,” Ms. Polsinelli said via a spokeswoman. “Having the strength and prestige of Eastern Consolidated’s platform has enabled me to perform at the highest level of the industry and offer superior service to my clients on every level.”

Mr. Lieberman was named Eastern Consolidated’s Most Promising Broker of the Year in 2011 and 2012, after starting at the firm in 2009. Today’s press release noted that he has closed more than $700 million in total transactions for the firm, specializing in investment sales of all property types and mortgage notes. Mr. Lieberman previously worked as the sales director of commercial real estate brokerage firm Cornerstone Property Group. He is a graduate of the Rabbinical College of America with a degree in Jewish Studies. He is also ordained as a rabbi.

Though Mr. Lieberman, an observant Jew, could not immediately be reached for comment, he had spiritual advice to impart in a 2013 Commercial Observer profile.

“You can be successful while being honest and transparent, and at the same time showing goodwill between two parties,” he said.