36 Projects in the Pipeline in Downtown Brooklyn: Report 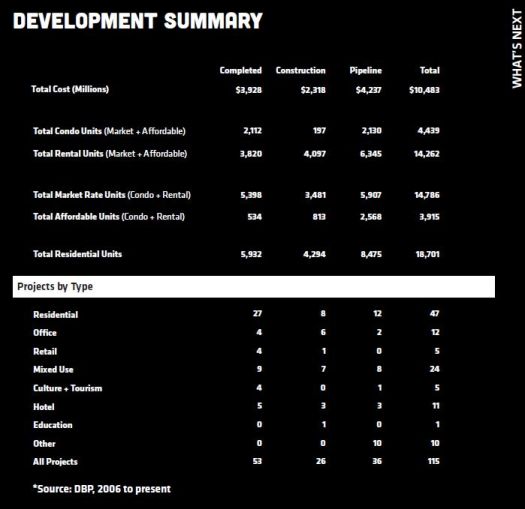 The biggest project in the pipeline in terms of cost and square footage is Forest City Ratner Companies‘ mixed-use Pacific Park, a redevelopment of 22 acres slated to cost $3.05 billion, the report says.

Two other large-scale Downtown Brooklyn projects in the works include the $280 million Red Hook Lane properties with a developer to be determined and phase two of a Myrtle Avenue development by Red Apple Group which will cost $266 million, the report says.

Of the 36 projects, the greatest number—12—are residential, accounting for 8,475 units, the report says. That’s in addition to 4,294 residential units that are already under construction in eight developments.

“Downtown Brooklyn’s strong growth will continue over the next several years,” said Tucker Reed, the president of the Downtown Brooklyn Partnership, in prepared remarks.

A full $6 billion in private investment in 79 construction projects has contributed to Downtown Brooklyn’s growth over the past decade, the report says.