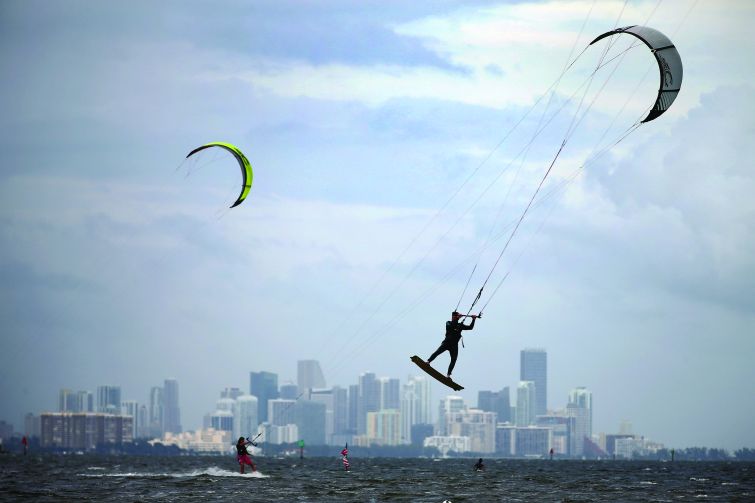 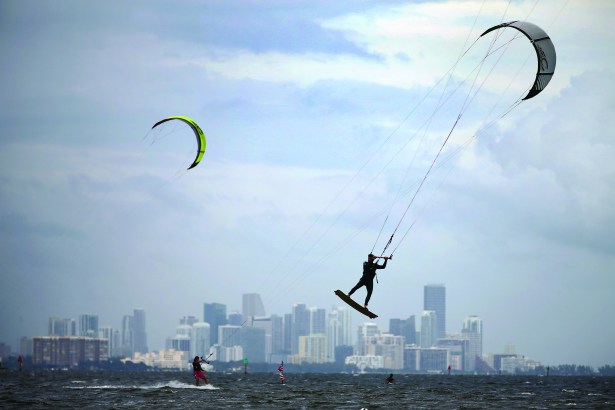 Once a year the mortgage industry’s financial minds get together to talk shop, and traditionally they take the gloves off on this occasion.

The annual meeting of the Commercial Real Estate Finance Council in Miami Beach is a chance for bankers, B-piece buyers, alternative lenders and investors to kibbitz on what might go wrong in the coming year. This year’s gathering was no exception.

Despite rising real estate prices and CMBS volume, in combination with low CMBS delinquency, industry honchos on all sides of the table had words of caution for Mortgage Observer.

While risk retention—the provision of Dodd-Frank that will require lenders to hold some loans on their books for five years after they’re originated—and “edgy” underwriting were cause for apprehension, the sheer volume of deals in 2014 alone may point to an overheated market and forthcoming correction. Rising land prices in combination with massive mortgage deal volume have some observers concerned that the industry is re-creating the circumstances prior to the 2008 crash.

Mr. Dalzell said that since around 2011, CMBS origination began to match years in the most recent cycle. This year he predicted total volume in the U.S. would hit around $245 billion—on par with 2006, a year that in retrospect was frothy.

“When I look at total origination and look at spreads compared to other fixed income, when I look at the pace of sales … it looks like we are at early ’05, ’06,” Mr. Dalzell said.

Shlomo Chopp, a managing partner at Case Property Services, which provides workout advisory, agreed that attendees felt a significant correction is ahead, but said many employed a “man’s gotta eat” type attitude to justify continuing to close deals even though we may be in the midst of a new bubble.

“For the most part, the consensus was that the train will run off a cliff (with the steepness a matter of debate), but until it does why not enjoy the ride?” Mr. Chopp said. “While the rents being underwritten are certainly not as aggressive as those underwritten eight to 10 years ago, the concepts seem eerily similar to those that drove the bubble.”

Others, who asked to remain unidentified, pointed to other omens of a return to the atmosphere of the early aughts: The erosion of appraisal standards and opacity when it comes to the properties that loans in a securitization are backed by.

At a CREFC panel called “Investor Perspective: Foot on the Gas or Step on the Brakes?” panelists admitted that even post-2008 financial meltdown, it’s still hard for investors to see all the assets backing many loans in securitized products, despite the fact that opaque MBS sales are thought to have played a significant role in the last crash.

A major B-piece buyer cautioned that many investors think if they see the biggest 10 or 15 loans in a repackaging, they’ve done their due diligence. But this is not the case, he said, and MBS origination and trade volume continues unabated, with investors buying up asset pools where they cannot fully see the revenue streams.

The much anticipated “wall of maturities” is less of a concern, many execs said.

“What I heard was that a small percentage [of loans] would go into special servicing,” when the slew of mortgages come up for renewal, starting late this year, said Jan Sternin, senior vice president and managing director of business development at Berkadia Commercial Mortgage.

“I’m really not at all concerned about the ‘wall of maturities,’ ” agreed Mr. Dalzell.

Ms. Sternin’s colleague Jill Brittin, vice president of negotiated transactions, mentioned that the larger worry when it comes to the flurry of maturities is that once the prime portfolios are refinanced, the leftovers will be unpleasant to deal with.

But there are signs that some lenders have already seen the writing on the wall.

At a panel entitled “What is the New Normal in Balance Sheet Lending?” one portfolio lender said his firm found it hard to compete with CMBS lenders, and that he thought all portfolio lenders’ books of business could shrink in the coming years.

“There is a point where portfolio lenders will just say, ‘We don’t want to play,’ ” he added. “Doing volume for volume’s sake is not a goal.”

But the fact that portfolio lenders and B-piece buyers—who act, by some interpretations, as the wise older siblings in the world of securitized mortgages—have made some noise about bad underwriting and high leverage may help prevent, or lessen the extent of, the likely forthcoming correction, sources said.

“[B-piece] buyers, to the extent they have credit concerns, I think they are telegraphing their concerns early on,” said Joe Franzetti, senior vice president of capital markets at Berkadia.

Of course, as with each correction, this bubble won’t burst just like the last.

“It will be much more muted this time, because you have so much equity that has come into the market,” Mr. Dalzell said.

“It will be interesting what happens when the music stops,” said Mr. Chopp. “But nobody can say that they weren’t forewarned.”