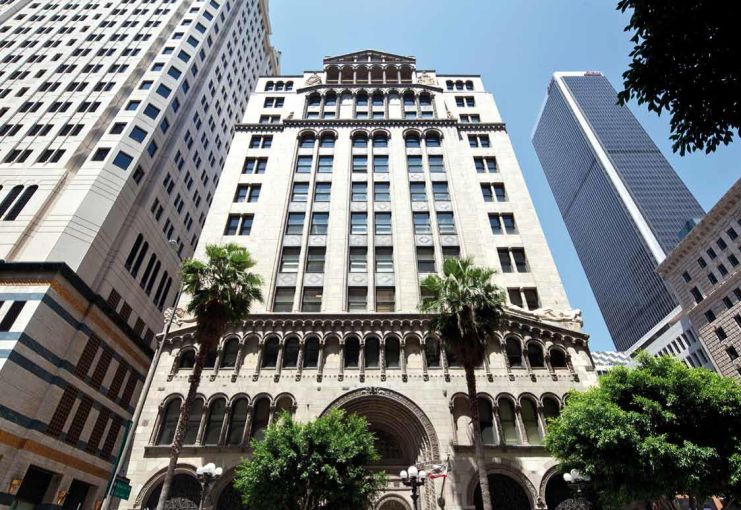 “It’s a great opportunity for us to work with an established international real estate client that’s focused on value-add historical properties in the U.S.,” Mr. Downs said.

The loan’s proceeds will be used for base improvements, according to Sorgente Group of America President Veronica Mainetti.

The 12-story office building at 811 West 7th Street was designed by Los Angeles architects Albert Walker and Percy Eisenbuilt and completed in 1927.

New York-based WeWork, a shared office space provider for start-ups, inked a 15-year lease for 44,500 square feet on more than six floors of the property in late 2014, bringing the Fine Arts Building to 95 percent occupancy. WeWork signed its lease for $34 a square foot in yearly rent, Ms. Mainetti told The Los Angeles Times in November.

The landlord is now putting finishing touches on the preparation of that space for the incoming tenant. WeWork plans to move into the renovated space this summer, Ms. Mainetti confirmed.

“Sorgente is proud to offer the space to WeWork that will provide the Los Angeles community a unique and iconic place for networking, and an atmosphere for creativity,” she said in a written statement sent to MO.

Sorgente, which specializes in acquiring and upgrading historic properties, also owns the Clock Tower office building in downtown Santa Monica and the Flatiron Building on Fifth Avenue in New York.

“When we purchased The Fine Arts Building, we made a commitment to influence the growth and expansion of the downtown Los Angeles community,” said Brian Isaacson, Sorgente Group of America’s general counsel.