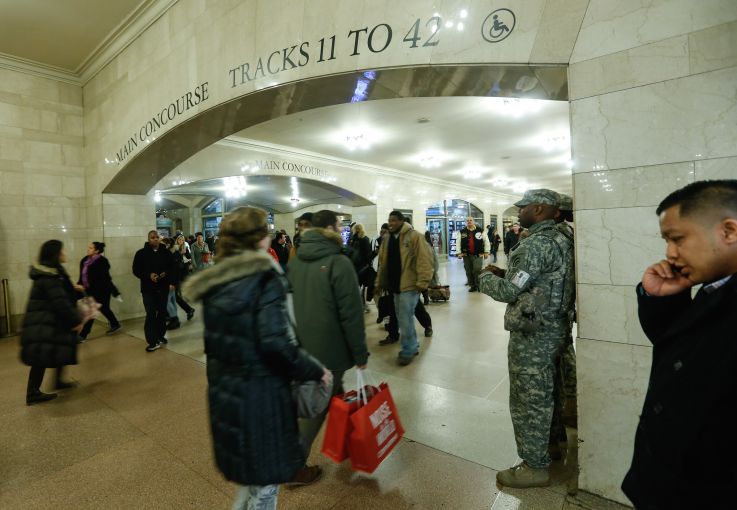 With the Terrorism Risk Insurance Act now one week expired and still on the table, many in the real estate business say the financial impacts pose a growing threat to future commercial activity and the U.S. economy as a whole.

The absence of TRIA, which took effect in November 2002 and expired last month, exposes $4 trillion of U.S. commercial property to losses and jeopardizes hundreds of thousands of jobs, said Jeffrey DeBoer, president and chief executive of The Real Estate Roundtable, a non-profit policy group based in Washington, D.C. The extent of “economic damage” will grow at an incremental rate as more time passes without a resolution on TRIA, he said.

“There are about a million and half businesses in America that have insurance against the risk of a terrorist attack,” Mr. DeBoer noted. “Not only real estate companies, but also sports facilities, universities, theme parks and other businesses. Of those, roughly 750,000 to 900,000 have sunset clauses, meaning they lost terror coverage on Jan. 1.”

TRIA, at its core, guarantees the federal government will pay a portion of the losses from an act of terrorism causing more than $100 million in damages with a cap of $100 billion. The prolonged shortage of government-backed terrorism insurance could lead to a severe coverage drought and rampant loan troubles, according to rating agency members and several known borrowers.

“Our political leadership needs to understand what happens if it doesn’t get renewed,” Mr. Rudin told CO in an interview in late December. The seasoned developer said the lack of a TRIA renewal could hamper future developments for his and other firms.

“The biggest concern for Brookfield is that we have a number of development projects in big cities in the works, the most notable being Manhattan West in New York City,” Mr. Clark said. “This is a project that will ultimately cost $5 billion to construct. To get the kind of financing in place that we’ll need to advance that development will require terrorism insurance.”

Mr. DeBoer said that with the federal program’s expiration, the majority of U.S. commercial borrowers have technically defaulted, since most loan documents require some form of insurance against acts of terrorism. As a result, lenders could begin to pull out of the market.

Those financing dilemmas compounded by rising insurance costs may fuel a chain reaction if Congress is unable to reach an agreement on TRIA’s renewal in the near future, other industry observers said. The law was previously extended in December 2005 and again in December 2007.

“If TRIA is not renewed, there is a likelihood of the extreme insurance scenario of 2002 being repeated,” said Daniel Rubock, a senior vice president at Moody’s Investors Service. “That would be a material credit negative,” he said.

Mr. Rubock, who co-authored a report on the credit risks of terrorism in March 2002, six months after the attacks in New York and Washington, D.C., in September 2001, emphasized the federal government’s role under TRIA “as the ultimate reinsurer.”

Tad Philipp, director of commercial real estate research at Moody’s, echoed that sentiment. Regardless of political ideology on government intervention in capitalism, the markets alone have not been able to adjust for such gaps, he noted.

“Immediately following Sept. 11, insurance became less available and substantially more expensive,” Mr. Philipp said. “The insurance and capital markets are very creative, but they have yet to solve this issue. I know there are some who hold out that there should be a capital markets solution, but we’re now 13 years and counting and none has surfaced.”

On July 22, 2014, 117 industry bigwigs sent a letter to House Republican leaders, calling on House Speaker John Boehner and his colleagues to pass reauthorization of TRIA before the year’s end. Those executives included heads of real estate, finance, advertising, retail, energy and airline companies.

“America remains vulnerable to international terrorism,” their letter read. “‘TRIA’ is one of the 21st century tools that we rely upon to protect American jobs and allow investment to continue, despite the risk of terrorism. With the sunset of this federal program coming up in December, it is already difficult to renew insurance along the lines required by employers and property owners in urban centers.”

The impact of TRIA remaining inactive is a national concern that extends beyond Lower Manhattan and D.C., said Mr. Rudin of New York-based Rudin Management. (Outside of the U.S., 22 other countries have national terrorism insurance programs, including Germany, Taiwan, India and Russia, according to data from The Real Estate Roundtable.)

“This is an issue that impacts you if you own a stadium in Texas or a shopping center in Los Angeles,” Mr. Rudin said. “If it’s not possible to get financing because of a lack of terrorism insurance or if it substantially raises costs for us, then we will have to reevaluate our development pipeline.”

Mr. Rudin said he is “cautiously optimistic” that TRIA will be renewed in the first half of 2015. Mr. Clark said he, too, expects Congress to move forward on finding a solution in the upcoming weeks. Until then, Brookfield is “scrambling like everyone else to cobble together whatever insurance we can,” he said, referring to other companies with investments in property.

“Without TRIA, there is a finite amount of terrorism insurance that people can buy, but the supply and demand is way out of balance,” Mr. Clark added. “Terrorism issuance was pretty much a freebie as part of property and casualty insurance policies pre-9/11, but post-9/11 nobody wanted to write these policies.”

The 30- to 45-day grace period that began Dec. 31, 2014 does little for those with sunset clauses in their insurance contracts that caused them to expire until TRIA is renewed, Mr. DeBoer noted.

“If a terrorist were to attack between now and let’s say, Feb. 15, the property owner has no coverage,” he said. “If and when Congress does reinstitute TRIA, then the insurance policy continues without anyone having to do anything.”

As a result of the current insurance void for some borrowers, Mr. DeBoer said his organization is hearing worst-case scenarios where premium increases have gone up by as much as 500 percent for coverage that has been reduced by as much as 80 percent.

“The macro market effects are being muted and masked, because everybody’s waiting for Congress to act,” he said. “But from a micro point of view, there are all of these business and property owners who cannot wait.”