Seasoned Lenders and Brokers Give Their Outlook for 2015 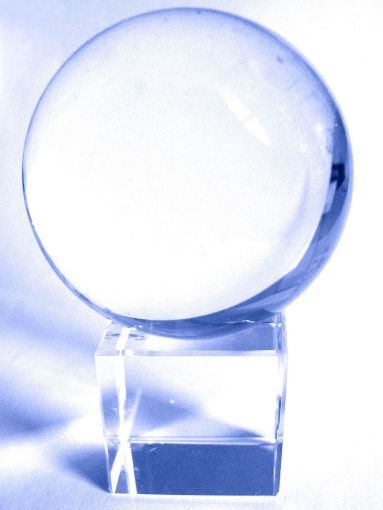 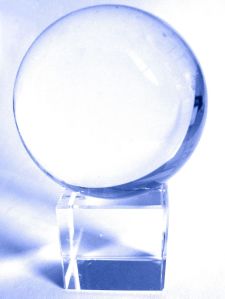 2015 is here, and with it, the annual ritual wherein lenders and brokers stare into their respective crystal balls, trying to predict the biggest market trends in the coming year. In real estate, the temptation to forecast is especially great.

Six commercial real estate finance heavyweights told Mortgage Observer what they see in the year ahead.

On the macro level, executives said multifamily and office properties in major cities will remain top lending targets, largely due to the expectation of continued economic and population growth. At the same time, long-term interest rates will remain low for at least another year, they said.

Still, some expressed concerns. Construction costs could grow, putting a potential hamper on some development projects, for one.

Nearly all the lenders and brokers we spoke to said multifamily and office will be the strongest asset classes in the U.S. in the year ahead, with retail coming in third.

“I think lenders are going to have the biggest appetite for Class-A office in all of the major markets and multifamily, whether it be garden or high-rise, anywhere in the country,” said Richard Horowitz, principal at New York-based loan brokerage Cooper-Horowitz.

“Multifamily residential will remain the most sought after asset class in all regions of the country,” said Andy Singer, chairman and chief executive officer of The Singer & Bassuk Organization. “New York, Washington D.C., and San Francisco are, and will remain, the prime targets for office building lending although we are beginning to hear from certain life insurance company lenders who have been extremely active in Washington that they are concerned about loan concentration issues in that market.”

Jeffery Hayward, executive vice president and head of multifamily at Fannie Mae, said he expects another strong year for the GSE. “Demand for rental housing of all types is expected to continue in 2015 due to projected employment growth coupled with solid demographic trends,” he said.

Continued economic growth will generate increased demand among lenders for the majority of property types across most markets, said Robert Merck, senior managing director and global head of real estate for MetLife.

“Property occupancy and rental rates should keep rising, prompting even faster growth in incomes, supporting further increases in value,” he predicted. “Demand for real estate is two to three times larger than supply for almost all property types. This sets the stage for property incomes to grow at annual paces of 4 and 6 percent for 2015 and 2016, [respectively].”

Jonathan Pollack, global head of commercial real estate at Deutsche Bank, said the financial giant would continue to focus on best-in-class properties owned by top sponsors, given the “pull back in floating-rate spreads.”

Nearly all of the commercial mortgage experts agreed that long-term interest rates are likely to remain advantageous to borrowers in 2015.

Rates will stay low “for at least the next year, despite a rising probability that the Federal Open Market Committee raises the federal funds rate in 2015,” Mr. Merck said. “If the low interest rate environment persists, prices are likely to move higher for both trophy and non-trophy assets as investors continue to actively pursue higher yielding assets such as real estate.”

Ralph Herzka, chairman and CEO of Meridian Capital Group, echoed that sentiment. “We expect interest rates to remain low and in the present range for the next 12 to 18 months with some interim volatility from geo-political events and other exogenous factors,” he said. “Opportunities exist with maturing long-term fixed-rate loan structures, such as CMBS, where sponsors are poised to refinance and capitalize on lower rates and enhanced liquidity in the capital markets.”

Mr. Singer indicated that the interest rate environment could potentially stay the same in 2016, 2017 and beyond. “Some very wise real estate professionals have said to me recently that they believe we have entered a ‘new normal’ and that rates will stay down for years,” he said. “These are the same people that have, like most of us, been expecting significant rate increases for the past several years.”

Mr. Hayward of Fannie Mae cautioned a slight uptick in rates this year, but noted that total multifamily lending will continue to grow. “We expect modest increases in 2015 with the 10-year Treasury bond yield rising to 2.7 percent,” he said. “Low rates, maturing loans and the construction pipeline of new apartments are expected to lead to higher overall lending volume.”

The various lenders and brokers offered differing views on how construction costs will impact commercial real estate finance in the year ahead.

“There are attractive projects in New York City, Los Angeles, Miami and San Francisco, but construction costs are on the rise so it’s a question of whether everything penciled will get done,” Mr. Pollack said.

The pace of new construction remains a small, but growing risk in 2015, Mr. Merck said. “All property types, with the exception of apartments and hotels, are seeing new construction rates well below their historical average,” he added. “We anticipate that demand for real estate will continue to outpace supply in 2015 and 2016 if U.S. economic growth retains its current strength. Supply risk could rise in 2016.”

Mr. Herzka stressed the importance of pre-development and construction financing in the first quarter. “Developers are working overtime to get shovels in the ground and take advantage of market momentum and pricing,” he said. “As a result, lenders are increasing their construction exposure.”