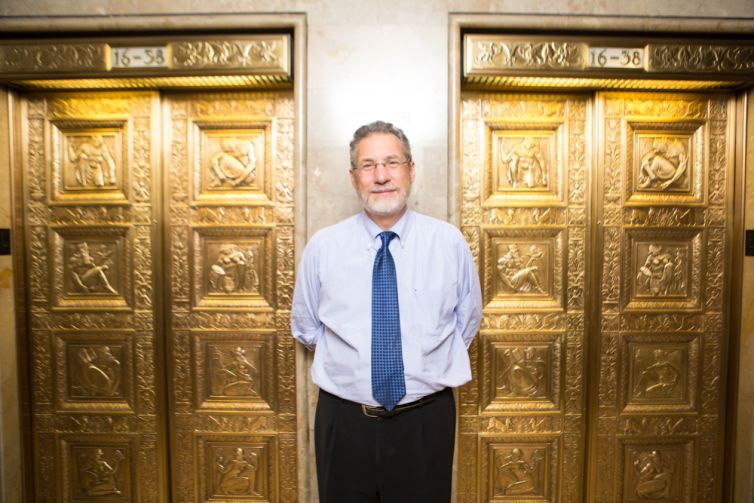 In a city transfixed by luxury residential developments catering to oligarchs and 21st century robber barons (15 Central Park West, anyone?), Jonathan F.P. Rose builds affordable and green housing stock, apartments that deserve far more press than they garner. Mr. Rose founded his eponymous business, Jonathan Rose Companies, in 1989; since then, the multi-disciplinary real estate development, planning and investment firm has finished more than $1.5 billion of work crisscrossing the city (with projects in Brooklyn like BCD:A, apartments), and the country (like the Yeon building he just sold in Oregon.)

Mr. Rose recently sat down with Commercial Observer in his sanctuary-like office in Midtown to discuss his firm’s latest projects and his projections for New York’s future.

Commercial Observer: Can you give our readers an overview of the work Jonathan Rose Companies undertakes?

Mr. Rose: Our firm does essentially three things. We build new affordable and mixed-income housing—we do this all over the country, although we have a very large focus in the New York-metropolitan area. We buy and preserve and make greener existing affordable housing. And by preserving, we preserve all or a portion of its affordability. Finally, we work with non-profits to build new facilities. We recently finished new homes for the Signature Theater [in Manhattan] and the BAM Fisher Building [in Brooklyn].

What sort of work are you doing on the Children’s Aid Society project?

Our firm has an extensive owner’s rep practice, applying our development knowledge to assist not-for-profits create vital community infrastructure. It’s an area of our work that we are focused on growing, with an emphasis on cultural, health and education projects.

The Children’s Aid Society College Prep Charter School is a Pre-K to fifth grade school whose mission is to prepare elementary school students for success in middle school, high school, college and life. Beyond providing a rigorous instructional experience, the school will address its students’ physical, emotional and social needs, as well as serving as a safe and engaging community hub. Our firm is serving as its owner’s rep—we assisted them with finding the site, selecting the architect, overseeing the design and bidding and selecting the contractor, and we are now about to start construction.

Can you elaborate on the Signature Theater project?

The Signature Theater’s Pershing Square Signature Center was another project of our culture/ health/ education group. In 2001, it developed a much larger vision for its future, and after 9/11, applied to be one of the cultural organizations to move Downtown. After a long process, we helped them stay on 42nd Street as the cultural facility of Related’s MiMA project. We introduced them to Related, helped negotiate the agreement, oversaw all of the design and construction and helped with the theater’s financing.

The Signature has 60,000 square feet of space designed by Frank Gehry, with three fantastic theaters, rehearsal rooms, offices and a wonderful common area with a bar, food, bookstore and lots of flexible seating. It’s a great place to eat, drink, think and talk, designed as a mixing bowl for the Signature’s community.

How were green features applied to these projects?

All our projects are green, whether they are new affordable or mixed-income developments, acquisitions, or culture/health and education projects. We begin by setting clear, measurable goals and then directing the design to achieve those goals, and measuring our performance to make sure that we are on track. We start with very simple green strategies—sun shading if possible, lots of insulation and sealing air-leaks, variable speed pumps, LED lighting, occupancy sensors and other cost-effective energy efficiency strategies. We also focus on creating healthy environments, using non-toxic construction and cleaning materials. And we both try to use as much recycled material as possible, and to recycle our wastes. All of our projects are rated by third parties, such as the Enterprise Green Communities 2.0 program, or the USGBC’s LEED. We recently started having our investment funds rated by GRESB [the Global Real Estate Sustainability Benchmark] and are pleased that our Smart Growth Fund ranked No. 1 in its category for 2014.

Retrofitting buildings to make them green is not hard, but it involves lots of attention to detail. So often, just one miss-turned valve, or a backwards pump can increase energy use—these things are hard to detect and really take an engaged staff. We have found things like thermostats mislabeled, with the heat and cooling reversed, so every time the super wanted to turn up the heat, he was turning up the cooling, which just made the heat work harder.

Some prominent members of New York’s real estate community have said publicly that we’re in a residential real estate bubble. Do you think this is true?

At the high condo end, which is not my area of expertise, so I’m just a guy observing, it seems to me there are a lot of buildings being built for what has to be ultimately a limited number of buyers. Again, I’m not in that part of the world. But my sense is that those projects also have big enough profit margins that if the prices fall, they’ll still do O.K. So in that sector, yes.

What do you think the most promising neighborhoods are within the five boroughs for an expansion of affordable housing?

There are several issues. The first issue is there have to be sites where there is a lot of land that is available. It has to have development capacities. So there are many areas in New York, like the Upper West Side, where there are not that many sites that you can build that much taller or redevelop.

No. 2, [sites] have to be available and people have to be willing to sell them. So, I don’t think there’s that much opportunity to build more affordable housing [in neighborhoods like the Upper West Side]. I’m sure there are some, and I’m sure that every neighborhood has some opportunity.

I think that it is essential that we focus on neighborhoods next to mass transit, which is why I’ve been a little surprised by [the de Blasio] administration’s focus on East New York, because it’s not as well-connected of a community. I really believe that low-income and moderate-income, working families, we need to be designing and locating affordable housing in places where they will have the best opportunity to move forward with their lives—to have access to better jobs, to have access to great schools, to have access to health care, to have access to affordable shopping. All of those things. And being near a subway line really makes a difference.

Recently, there’s been a rush to develop notoriously polluted areas, like Greenpoint and Gowanus. Do you have any qualms about remediation in 2014?

[It’s] totally safe. There are three layers. One is a lot of effort is spent to remediate groundwater. And, in terms of a use of dollars, I have mixed feelings about it. As an environmentalist, I want to see everything cleaned. But since nobody is drinking New York City groundwater anyway, I’m not sure that’s the best allocation of resources. And then there’s the soil. We spend a lot of money remediating deep soil. From an environmental point of view, in past times we did a lot of industrial damage to this land. And I understand the need to restore it. But on the other hand, if you’re putting a building on top of it, I’m not sure it fully needs to be restored. And then there’s the soil at the surface, which is where people would have contact with, or where if you plant plants they would come in contact with it. And that to me is absolutely critical to being restored.

But the restoration protocols are very, very rigorous. It is likely that a cleaned-up site is much cleaner than normal sites.

What do you think about the 80-20 tax break, the program that offers tax-exempt financing to multifamily rental developments in which at least 20 percent of the units are designated for low-income residents?

I like it. I think it’s effective and it distributes affordable housing around the city. I think it works very well.

Are you happy with how the national conversation about sustainable development has been under the Obama administration?

I’m happy about the conversation. But we need to move beyond conversation to more action. This really requires the partnership with Congress.

What’s interesting is that the key components of sustainable development are now exactly what the market wants. The market of people buying and renting homes and looking for places to live is showing a strong preference to be in cities. They want to be in mixed-income, mixed-use denser cities that are rich with mass transit and have fantastic schools, and in which the buildings are greener. And they really want walkable communities. What we now need is Congress to realign its policies to support and enable that. It’s funny because you can say it’s a conversation about sustainability. But you could also just say it’s a conversation about aligning the private market’s objectives and the government’s objectives to create more livable communities. And that to me, I think is the most powerful alignment. When the market wants something that turns out to be greener, that’s a good thing.

What has been your favorite project with a commercial component?