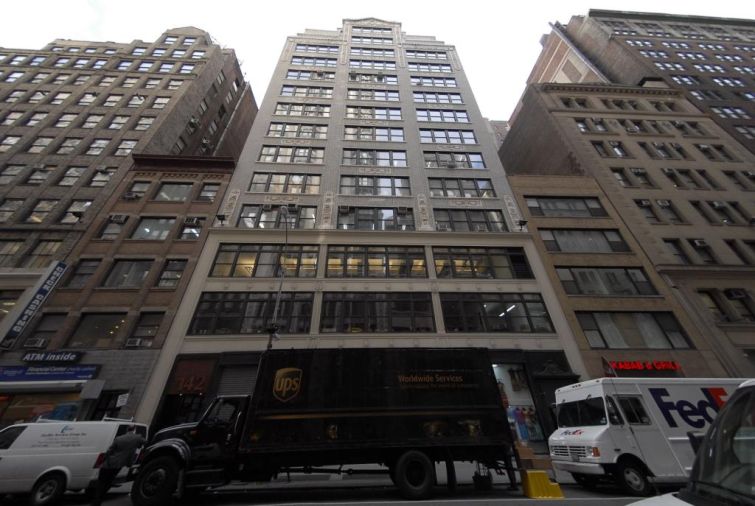 The company will take 7,910 square feet, or the entire 10th floor, of pre-built space at the property, according to a press release issued by the landlords Herald Square Properties, a real estate management team, and The Davis Companies, a Boston-based real estate private equity fund. The space is currently raw; they’re doing a turnkey installation.

“Almost as soon as space becomes available, we are contacted by TAMI companies or their representatives,” said Mr. Amrich in prepared remarks, referring to the building’s popularity with technology, advertising, media and information tenants. “The new ownership and CBRE leasing and management teams have really worked well together this past year to turn innovative ideas into realities and we are seeing amazing results.”

The landlords’ release noted that Flashtalking is the fourth TAMI tenant to move into the building in less than a year. View the Space, Elite SEM and Quarto Publishing Group have all secured space at the property.

“We worked with Flashtalking for about nine months,” said Mr. Weitzman. “We were looking in both Chelsea and Times Square South and we decided to go to side-street buildings in the West 30s because of pricing.”

He added that the avenues in Times Square South were “beginning to get expensive” and after some competition, the landlord chose Flashtalking because they thought it was a good fit for the building. Mr. Weitzman also said the landlord was hopeful Flashtalking would encourage more TAMI tenants to be interested in the building.

Asking rents at the building were in the low $50s per square foot.

Flashtalking is expected to relocate from its current space at 260 West 35th Street between 7th and 8th Avenues this spring.