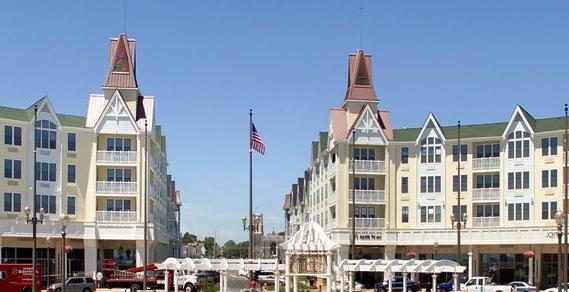 A partnership of Extell Development and Kushner Companies closed a new take-out loan of $97 million while assuming $32 million in debt on a New Jersey multifamily building the pair purchased last November.

The duo bought Pier Village, a 492-unit mixed-use development at One Chelsea Avenue in Long Branch, for $180 million, with $51 million in bridge financing from Capital One. Now, they’ve finalized a $97 million long-term fixed-rate take-out with Fannie Mae, which retired the Capital One bridge loan, and assumed a $32 million Freddie Mac loan on the property originated by PNC Bank, according to representatives for both companies. The Freddie Mac loan was originated in mid-2013 and carries a seven-year term.

“We are thrilled to have completed the agency financings for our purchase of this incredible asset with Extell Development,” said Laurent Morali, a managing director with Kushner Companies, in a statement provided exclusively to MOW. “Working with Capital One, Fannie Mae, PNC and Freddie Mac is a testament to the quality of the asset itself. We … look forward to seeing Pier Village continue to thrive as a gem along the Long Branch coast.”

The Pier Village community holds more than 100,000 square feet of retail—including restaurants, shops, and a fitness center—as well as apartments, along the Atlantic Ocean.