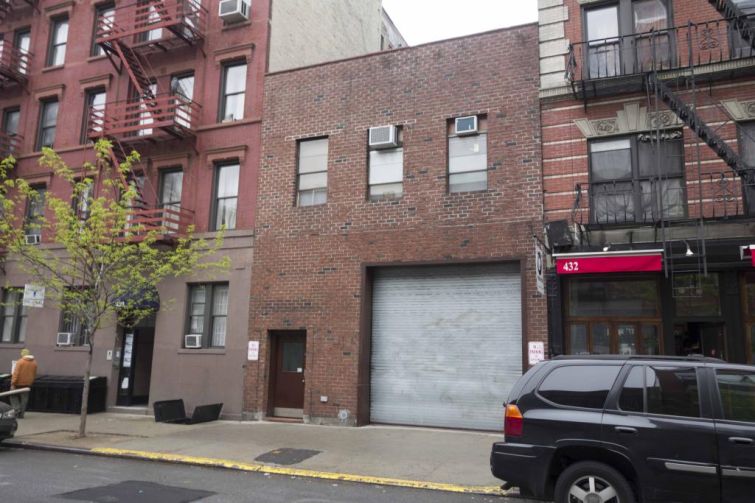 Developers Amirian Group and Bridgeton Holdings have acquired two former parking garages in the East Village for $9.5 million in a deal that closed this past Friday.

The Quantano family sold the two equal-sized sites at 436 and 442 East 13th Street between First Avenue and Avenue A, according to Ivan Hakimian, the president of HPNY, who consulted on the deal. Together, the properties comprise 26,300 buildable square feet, Mr. Hakimian indicated.
SEE ALSO: Boston Properties to Acquire Maryland Biotech Campus for $117M

Bridgeton and Amirian Group plan to turn the spaces into two luxury condominiums, according to the statement.

“This was a rare opportunity to acquire two development sites in Manhattan’s most sought after neighborhood,” said Atit Jariwala, a principal of Bridgeton Holdings, in prepared remarks sent via Mr. Hakimian. Mr. Jariwala told Commercial Observer that the condos would include garages, balconies and fitness centers.

Construction will begin in June and will be completed in 2016, Bedford + Bowery previously reported, noting that Vail Associates Architects was selected to design the two six-story buildings, which will include gardens and roof spaces.

Mr. Amirian and the Quantano family were not immediately reachable for comment.

Update: This story was edited to include a comment from Atit Jariwala, a principal of Bridgeton Holdings.