A Look at REBNY’s Presidents: From 1973 to Today 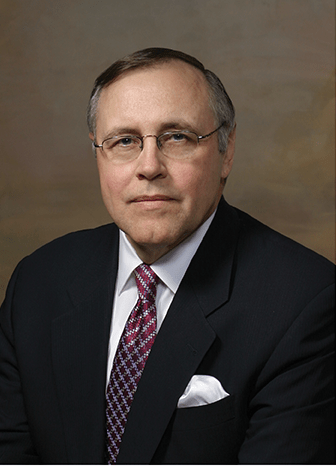 Although REBNY has been in existence since the late 19th century, the organization’s presidency position is relatively new. Prior to 1973, the chairman was the highest elected official in the organization. This position was, and remains, a part-time role. According to A Centennial Appreciation 1896-1996, a retrospective of REBNY’s first 100 years published in 1996, it was decided that a “full-time, paid president and a larger professional staff were needed to make the board a sufficiently potent force in New York’s increasingly complex civic and economic affairs.” The full-time presidency was first held by D. Kenneth Patton; John H. Banks will be the fourth person to assume the role.

Mr. Patton, REBNY’s first full-time president, had served as New York City Mayor John Lindsay’s economic development administrator and as commissioner of commerce. A Centennial Appreciation notes that under Mr. Patton’s tenure, the organization grew in stature and expanded in scope. In the cash-strapped 1970s, REBNY helped formulate a group of mayors and business leaders that would help provide public works funds. The city ultimately received $100 million as a result of the effort. Mr. Patton and REBNY also advocated for the Westway project, a proposal that would have put the West Side Highway underground from West 42nd to the tip of Lower Manhattan and would include green space on its roof. However, the project never got off the ground.

Richard Rosan, known as Rick, led REBNY through much of the 1980s, a turbulent period that also saw marked growth. During Mr. Rosan’s presidency, the Real Estate Board Political Action Committee was established, which helped provide resources to candidates running for office and political organizations aligned with REBNY’s mission. Mr. Rosan also sought to address the city’s acute housing shortage, an issue that is still being resolved today. Developer Larry Silverstein served as REBNY’s chairman while Mr. Rosan was in office.

Mr. Spinola’s tenure as president was far longer than that of either of his predecessors. Mr. Spinola has been the voice of New York’s real estate community for almost 30 years. On his watch there has been unprecedented growth in the outer boroughs, redevelopment of the World Trade Center site, revitalization of the city’s waterfronts, recovery following Superstorm Sandy and resolution of countless issues impacting the industry. Mr. Spinola has worked with five New York City mayors and five New York governors to ensure REBNY’s voice has been heard at City Hall and in the New York State Capitol. The organization’s membership has also quadrupled under his leadership, to more than 16,000 real estate professionals today from approximately 4,000 in 1986.

When John H. Banks becomes president-elect of REBNY on March 2, he will be positioned to become only the fourth president in the organization’s 119-year history. Mr. Banks has served as the vice president of government relations for Consolidated Edison since 2002. He has also worked in a number of public roles, including as an investigator in the New York City Mayor’s Office of Operations and as a unit coordinator of the Infrastructure and Economic Development Unit of the City Council’s Finance Division. Mr. Banks graduated from Manhattan College in 1985. In 1992, he received a Master in Public Administration degree from Baruch College.