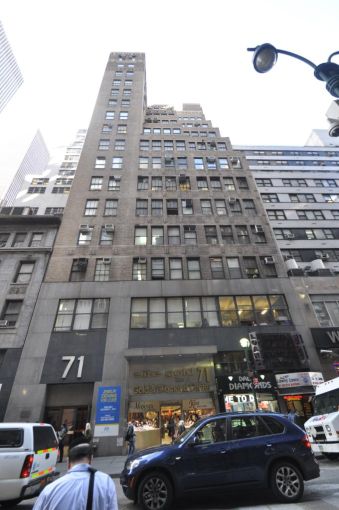 Valley National Bank, a regional bank based in Wayne, N.J., has signed a 15-year lease for 7,713 square feet at 71 West 47th Street, Commercial Observer has learned.

“Valley Bank has a long, successful history on 47th Street and we are very excited to welcome them to 71 West 47th Street,” said Adam Abramson, the vice president and principal of Abramson Brothers who own the building and acts as the landlord, in prepared remarks. “We believe they will thrive at this location, with the high traffic that passes the building from both the Diamond District and Rockefeller Center.”

According to a press release, Valley National Bank’s new space is spread throughout three levels; the main storefront consists of 3,900 square feet, the upper level has 2,007 square feet and the lower level has 1,805 square feet. The space was previously occupied by Kent Jewelry, which vacated the premises in mid-August.

A spokeswoman for the Abramson Brothers declined to comment on asking rents. However, Real Estate Weekly reported last December that the annual asking rent was roughly $1.25 million.

Located in Midtown’s Diamond District, 71 West 47th Street is a 16-story property that sits between 5th Avenue and Avenue of the Americas.