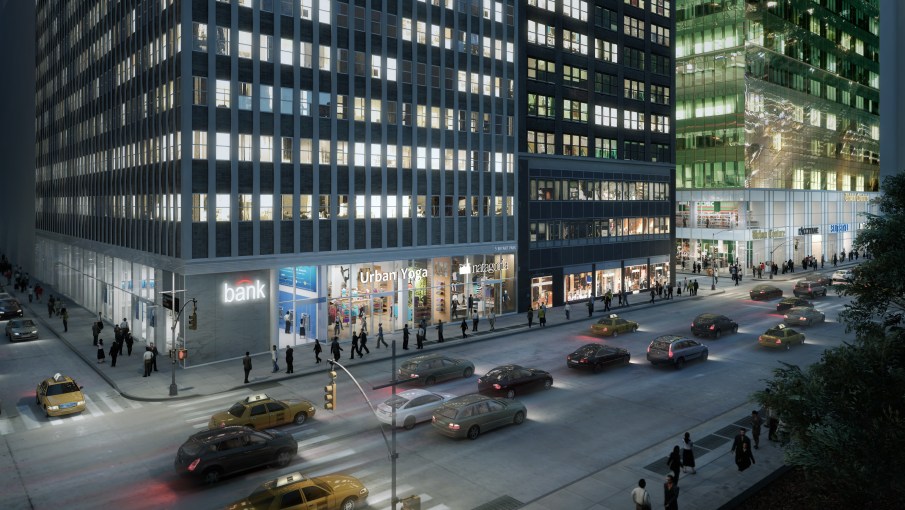 Rendering of 1065 Avenue of the Americas, aka 5 Bryant Park.

The 40,000-square-foot space “was originally a Dime Savings Bank and then it became Staples and now it’s been completely repositioned with a new facade,” Mr. Smith said. “We pulled back the ceiling to reveal a 22-foot ceiling height and brand new services. It really is quite remarkable.” He noted that the entire space has been leased within one year.