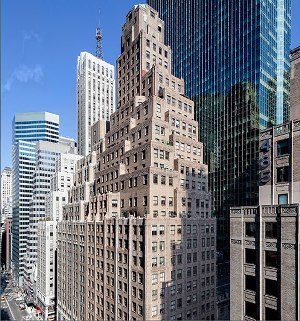 Commercial real estate lawyer Joshua Stein will relocate the offices of the eponymous firm he started four years ago to a corner space on the fourth floor of the Vanderbilt family’s 501 Madison Avenue, Commercial Observer has learned.

Joshua Stein PLLC will move two blocks southwest on Saturday from a roughly 1,500-square-foot spread at 59 East 54th Street to a 2,505-square-foot office in the renovated building on Madison through a five-year lease, Mr. Stein told CO.

The building commanded an asking rent of $60 per square foot and the new deal represents a “substantial expansion” of his firm, which now includes two administrative staffers, two part-time of-counsel attorneys and a full-time associate, said Mr. Stein, who is also a contributing columnist at CO sister publication Mortgage Observer.

“When I started this office, I thought I would be the sole practitioner,” he said. “The problem is the phone kept ringing, which is a good problem.”

The firm’s growth in office space belies the recent trend of law firms taking smaller footprints in the city’s buildings.

Since a long-term lease ended and the building reverted to the famous family’s fee ownership in May 2013, KRW has signed 22 new tenants and 36 new leases overall, Mr. Wang said.

“Josh is a prominent New York City real estate attorney who, along with his colleague Deborah Goldman, make for a great and welcome addition to 501 Madison and its roster of prominent and diverse tenants,” Mr. Wang wrote in an email.

The office space at the 30-floor, 181,000-square-foot building will soon fill to completion with two additional leases out for signature, but one retail space fronting on the avenue between new Porsche Design and Bremont stores is still available, Mr. Wang said.