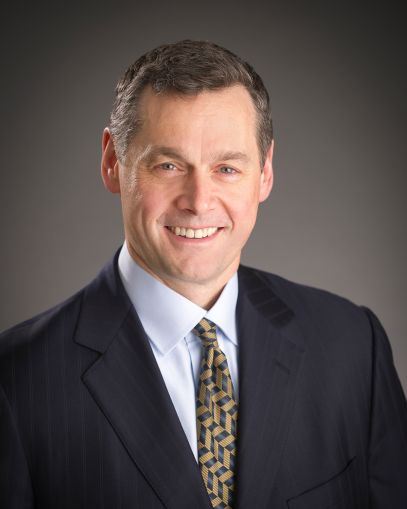 Mortgage Observer recently spoke to Tim Koltermann, who helped establish Walker & Dunlop’s new CMBS and high-yield lending arm with Fortress Investment Group as part of an effort to grow Walker & Dunlop’s lending presence around the country. The companies formed their joint venture in 2013 and launched the specialty finance platform in April 2014, with Mr. Koltermann, a nearly 20-year Wall Street veteran, at the helm.

Mortgage Observer: How did you get started in the CMBS business?

Mr. Koltermann: I came to Wall Street from JMB Institutional Realty in 1996. Shortly after, I got a job with Merrill Lynch on the CMBS trading desk and started learning the CMBS trading business from Rick Sigg, who ran that business. I moved over from there to the large loan origination business within Merrill. From there, I went to J.P. Morgan, where I worked for Brian Baker pricing the CMBS loan book. From there, I went to Bear Sterns, where I was responsible for the new issue CMBS business and a portion of the firm’s CMBS trading book.

When did you join Walker & Dunlop?

I came to Walker & Dunlop in February 2013 to run the Walker & Dunlop Commercial Property Funding business. There was a whole lot of preparation and infrastructure that we needed to put in place. When my partners and I found Walker & Dunlop, they were the perfect company to start a CMBS platform with, having 26 offices around the country and about $9 billion of annual loan originations. Those numbers are now growing, with the acquisition of Johnson Capital.

Walker & Dunlop launched its CMBS platform with Fortress Investment Group in early 2014. How has the platform grown since then?

We are shooting to originate approximately $300-plus million of conduit business by the end of the year. We will have completed two CMBS transactions, one that we have already done and one that we hope to be a part of. We’re also looking to expand our high-yield commercial real estate lending business. From a personnel perspective, we have nine people [at CPF] in addition to the 100-plus originators, including the Johnson Capital originators who officially became Walker & Dunlop employees as of Oct. 31, 2014.

Willy Walker has been very explicit about Walker & Dunlop’s goal to become the premier commercial real estate finance company in the United States. Who better to partner with than someone who has a goal like that?

Can you talk about the deal you and your team have already closed?

We were part of WFRBS 2014-C22 and we were a co-contributor. It was about $1.5 billion and there were eight loan sellers.

At the time of the launch, you said your production goals include $1.25 billion in CMBS lending in 2014 and $1.5 billion in 2015. How has actual business compared?

I think our run rate right now will allow us to achieve the goals that we’ve set for 2015. But 2014 was slower than we wanted it to be. Particularly, we found late summer to be much slower than we anticipated it to be. A part of that was some macroeconomic volatility and increased competition.

The CMBS market has become increasingly crowded since the recovery started. Is competition generally a concern?

Naturally, any competition is a concern. Walker & Dunlop’s average loan size for many years has been $12 million to $15 million. At that particular loan size, we have not seen an unmanageable level of competition on our loans. That’s not to say that we haven’t competed, but one of the great values of this franchise is that Walker & Dunlop’s relationships are spread throughout the country. I think what that says is that other CMBS competitors don’t have the scope that we have and we get some benefit from that.

What are your future growth plans?

We fully intend to grow our origination and underwriting staff and are currently looking to fill posts in both of those areas. We hope to have an office on the West Coast as well as possibly a Southeast office and/or a Chicago office. We are very bullish on the CMBS market from an originations perspective as well as a spread perspective.

What are your expectations for CMBS issuance and underwriting in 2015?

I think the competitive marketplace is more a factor of aggressive underwriting than just the fact that there are a lot of loans out there. You could argue just the opposite, that if there is a large supply of loans, underwriting could normalize somewhat. At Walker & Dunlop we have a very deeply engrained credit culture. I have tried to recreate a great percentage of that credit culture within CPF. When we make loans, we make them the way we want to make them and the way we think they should be made. So whether or not other lenders are out there making crazy deals, we’re not going to follow that path. 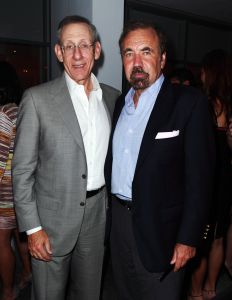