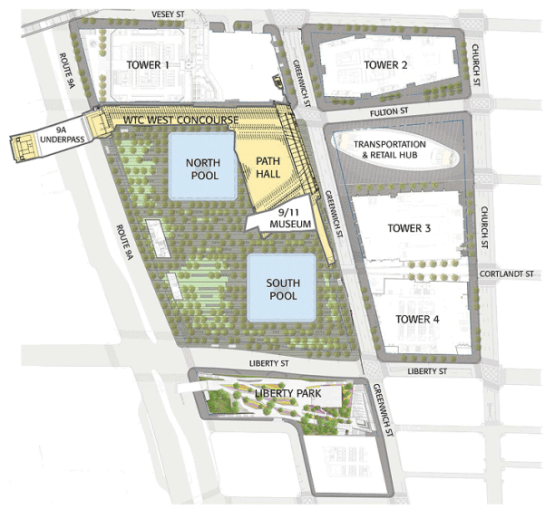 The Port Authority of New York & New Jersey should “phase out real estate ownership and development,” according to a 103-page reform blueprint released by the agency and the governors of the two states over the weekend.

Gov. Chris Christie of New Jersey and Gov. Andrew Cuomo of New York laid out the findings of the bi-state special panel on the future of the Port Authority as they announced their respective vetoes of bills that would have overhauled the public entity.

While officials at the agency that controls 12,000 acres of land and 45 million square feet of office, industrial, retail and technical space have discussed real estate divestment before, the internal reform memo outlines a strategy for trimming the Port’s holdings at the World Trade Center and other sites within and around the five boroughs as part of a broader swath of changes.

“Many of the Authority’s real estate operations are linked directly to its transportation assets, produce revenue to support the Authority’s vital infrastructure, and provide important retail and other consumer amenities as well as local business opportunities,” the report says. “However, beginning in the early 1960s with the commitment to develop the original WTC, the Port Authority began to undertake real estate development activities less directly related to its core mission. While identified as important priorities by the two states, these activities have necessarily impacted the resources and attention available to manage and modernize the Authority’s core transportation assets.”

Officials should explore potential dispositions and carry out pending asset sales at seven waterfront and industrial properties, the report recommends. Complex and multi-layered holdings like the 100-acre Teleport business park in Staten Island and the 20-acre Bathgate Industrial Park in the Bronx created roughly $14 million in revenue in 2013 but cost the agency $4.9 million due to amortization, depreciation and net interest expenses, the document notes.

Port officials are also examining potential uses for the Red Hook Container Terminal on the Brooklyn waterfront, which has handled just 3 percent of the cargo volume of the terminal in Elizabeth, N.J. and 8 percent of the cargo in Newark. While the agency entered into a five-year lease with Phoenix Beverages in September 2013, the site averages $8 million in losses each year and cost the Port over $12 million in 2013, the report says.

And since much of the 16-acre Trade Center site doesn’t jibe with the transportation mission, the agency should “pursue a substantial reduction of its ownership and operational role at the WTC,” according to the document. While 2 WTC, 3 WTC and 4 WTC yielded $29.2 million in revenues in 2012 and $29.9 million in 2013, the site won’t net a reliable income stream for the agency until occupancy levels normalize in fiscal year 2019, according to the report.

But Port officials won’t rush into any deals at the WTC site, said chairman John Degnan.

“We’ve spent billions of dollars to build the World Trade Center—I’m not getting rid of it on a fire sale,” Mr. Degnan told The Wall Street Journal, which first reported the agency’s real estate plans. “I believe in the end it is going to be a profitable venture and will result in the Port Authority financially benefiting from its sale.”

The Port controls a 90 percent stake in the recently opened 1 WTC alongside its 10 percent joint equity partner the Durst Organization, and it will soon assume ownership of the 5 WTC site from the Lower Manhattan Development Corporation under a trade for the land containing the National September 11 Memorial & Museum, the document notes. Silverstein Properties owns development rights for Towers 2, 3 and 4 through a 99-year net-lease the developer and the agency agreed to six weeks before the 9/11 attacks.