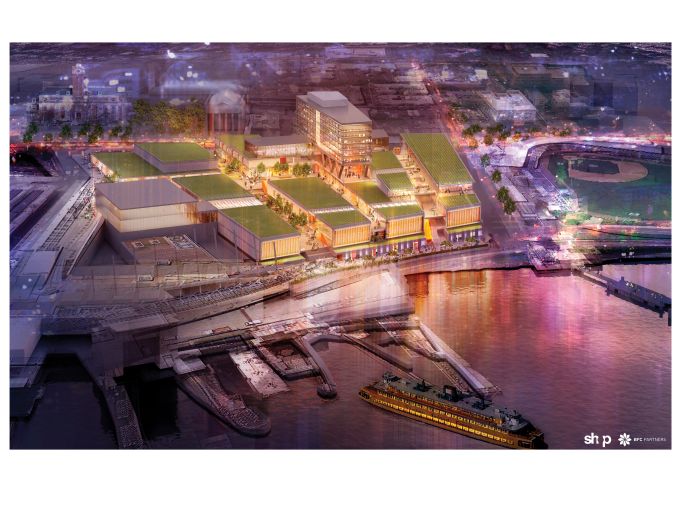 A glossy new video foretells the end of what’s known as the Staten Island Shuffle.

Sightseers who ride the Staten Island Ferry will stop in their tracks before riding back to Manhattan once BFC Partners completes its 1.1-million-square-foot Empire Outlets project and Richard A. Marin‘s New York Wheel rises higher than any ferris wheel in the world from Staten Island’s St. George waterfront, according to the two-minute video by Neoscape that BFC released yesterday.

The video lays out the case for any prospective retailers who may not be aware of New York City’s 8.3 million souls or the free ferry’s 65,000 daily passengers. The ferris wheel will stretch 630 feet into the air, the site will offer “unparalleled views of Manhattan,” and the shopping center represents “New York City’s first outlet destination,” the video says as the rendered day gives way to future nights and the rock soundtrack turns electronic.

The sales pitch has already attracted an anchor tenant for the shopping center, with Nordstrom booking a 34,000-square-foot lease for Nordstrom Rack this summer. Stay tuned.