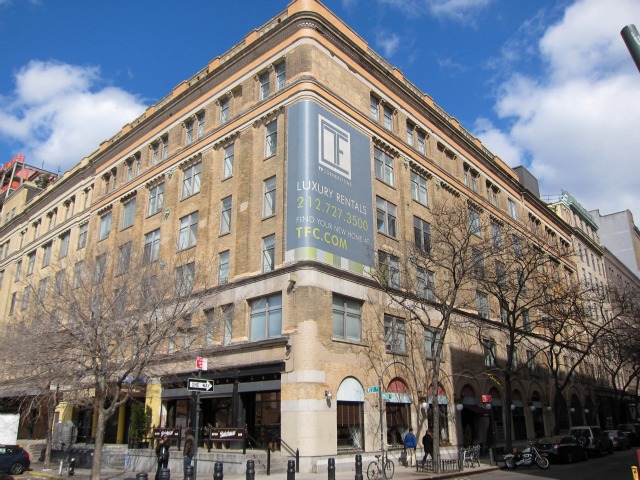 The ten-year, fixed-rate loan closed in the first week of November, replacing securitized debt from Morgan Stanley, which was nearing maturity.

The 318-unit market-rate property sits across the street from the new Whitney Museum, due to open in the spring of 2015, and the ever-popular High Line. TF Cornerstone recently upgraded and re-tenanted some of the building’s ground-floor retail space and is repositioning other ground-floor space, including a parking garage, for new luxury retail and restaurant tenants on the block between Washington and West Streets, Mr. Shell said.

“The leasing of that space will coincide with the opening of the Whitney Museum directly across the street,” he told MO. “We’re playing into the expansion of the Meatpacking District to the West and expect to benefit from all of the retail activity coming right past our front door. That combined with high rent levels in the area contributed to the strong execution through Freddie Mac and Capital One.”

The new loan marks Singer & Bassuk’s fourth round of permanent financing on the rental property, Mr. Singer noted. The New York brokerage firm secured debt on the property in the 1980s, after the new owners converted eight separate meat storage facilities into one rental apartment building. The original High Line railroad ran through the building prior to the conversion, he said.

“They had to leave the buildings for a year to thaw out,” he said. “Now you have this incredible neighborhood that went from literally packing meat to housing high-end rental apartments.”

Mr. Singer and his associates also advised TF Cornerstone in the arrangement of a $200 million Fannie Mae loan through Wells Fargo for the developer’s 584-unit apartment building on Center Boulevard in Long Island City, which closed in the same week. That loan also carries a ten-year, fixed-rate term.

“That development project was recently completed and leased up,” Mr. Shell said. “Once it was stabilized and all of the tenants had moved in, we closed on the loan. It’s the first permanent financing on the building.”

TF Cornerstone never took out a construction loan on the apartment building and instead developed 4610 Center Boulevard entirely with equity. The Fannie Mae loan also marks the last round of permanent financing for the developer’s East Coast properties.

“This puts us over the $2 billion mark on Long Island City financing as a whole,” Mr. Singer boasted.