Gorging on Leverage—Always a Dumb Idea? 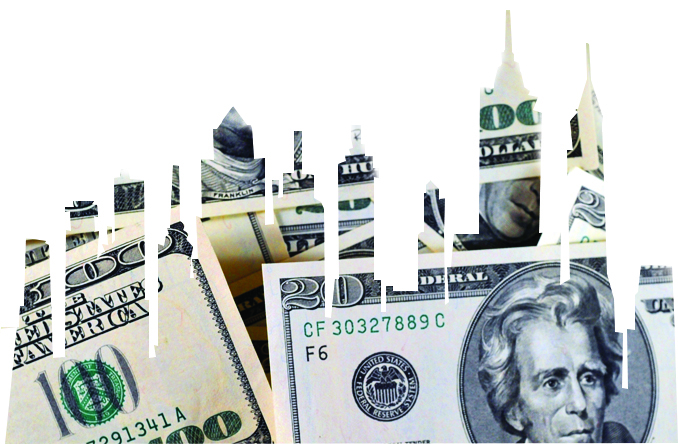 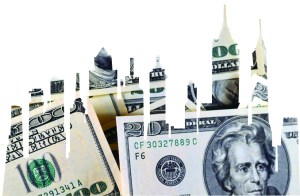 Heresy according to the dictionary means “any belief or theory that is strongly at variance with established beliefs, customs, etc.”

These days, I would argue, it is considered heresy to advocate a lot of leverage, at least for “conservative investors” in investment funds. Nonetheless, I am going to do exactly that.

Let’s say you bought a property about three years ago for $50 million and it is now worth $75 million. When you bought it, you took out “conservative” 60 percent leverage of $30 million, i.e., you wrote a check for $20 million. And let’s also say the property is a stable type of asset—e.g. multifamily—where the cash flow is unlikely to be lumpy over a long period of time. Your intention is to hold onto the property for roughly five to seven years and hope for additional appreciation.

Let’s also imagine that there is long-term debt (e.g. between 10 and 30 years) available at historically low fixed interest rates and that in some instances 85 percent (and maybe even 90 percent!) leverage is also available.

But as a conservative investor, perhaps you think that 60 percent leverage should be the max? In this instance, I think that conclusion should be challenged. Instead, consider the risk/reward of the following analysis:

Consider leveraging up the investment to 85 percent. This returns to you $63.75 million, less the $30 million you borrowed, giving you $33.75 million.

You invested $20 million at the beginning so you now have all your capital back plus $13.75 million.

You now still own the asset, albeit with high leverage on it, but at a low interest rate and your debt doesn’t come due for a long time. My belief is that for an asset without lumpy cash flow, lower leverage with a shorter maturity is actually riskier than higher leverage with a longer maturity.

You could even argue that you’ve lowered your risk by foregoing action. But either way, this is relatively moot since you just took out all the money you invested anyway.

Of course, there are legitimate concerns, such as prepayment penalties for long-term debt. But if interest rates rise, the prepayment penalty risk is not really that big a concern, and if interest rates fall, then there is likely more upside from property appreciation than loss from a prepayment penalty. In addition, prepayment risk may be mitigated by negotiating assumability for the loan and the ability for the buyer to put mezz debt or preferred equity (admittedly, difficult to negotiate at times) on the properties—so hopefully there will not be a need to prepay in the first place.

If all this can be done, then isn’t this too good to be true? Shouldn’t you in fact take the long-term cheap money and the highest leverage possible as long as this market anomaly exists, i.e., interest rates below long-term norms?

Of course, these numbers are made up. But even if the numbers are a lot worse, it would seem that if your asset is of the type that permits long-term leverage on these terms you might consider the above proposition and run the numbers. I believe that in most cases the foregoing will enhance your IRR in almost all possible future scenarios.

When the financial crisis hit, property values dropped in the short run approximately 35 percent or even more. This means both the conservative guy and risk-prone gunslinger were wiped out. Sadly, in the end there was no reward given to those who were more conservative. Each ended up with nothing.

But there are two words in the preceding paragraph that are critical to focus on: “short run.” What happened after the short run ended? Prices bounced right back, and in only a few years prices for many of the asset classes had risen to the same or even higher levels than before the crisis.

What does this tell us? It tells us that for non-lumpy cash flow assets there is a lot more “risk” in short-term debt than there is in high loan to value ratios. Those who had long-term debt in place before the meltdown had only “paper losses,” and, if they waited a year (or two or three) they were just fine. Those who had short-term debt and unforgiving lenders faced disaster.

So it looks to me that investors looking to manage their risk in the context of leverage should be looking at maturity at least as much—and maybe more—than loan to value.

To conclude, if you own significantly appreciated property with smooth-ish cash flow and with high leverage available that can be long-term in nature, then it may make sense to take out as much leverage as you can. Just be sure to negotiate to preserve your ability to: (1) transfer the property subject to the debt and (2) put mezzanine debt or preferred equity in place.

And if you are buying new property (again, one with steady cash flow) instead of always following the conservative leverage dogma, consider raising the percentage of leverage and lengthening the maturity, while, of course, negotiating to preserve your ability to transfer it and to take out subordinate debt on it.

Of course, none of us has a crystal ball. My sense is that the above outlined courses of action are destined to increase your likelihood of higher IRR’s in markets that go up and down with frequency—as ours has and will.