City to Lease Site to Affordable Developer for $100K Per Year 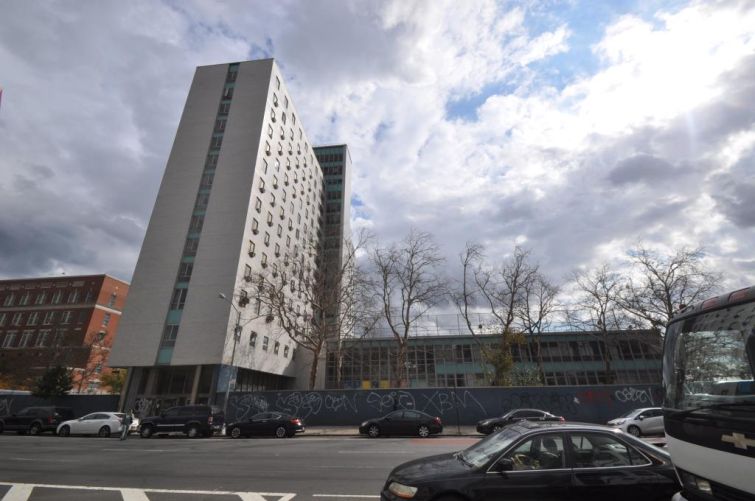 The city would grant a 99-year lease to affordable developer SKA Marin for $100,000 per year in order to build a 202-unit supportive housing complex if lawmakers at the City Council approve the long-term deal.

The city’s Health and Hospitals Corporation would award the developers the rights to renovate an unused former nurses’ dorm called Draper Hall in East Harlem at 1918 First Avenue and expand the 114,463-square-foot structure by 13 floors under a proposed agreement the agency has circulated to state agencies and submitted to the Council for approval.

The new building, which SKA Marin would finish in December 2016 and rent out between January and June 2017, would offer 200 one-bedroom units and two studios for low-income seniors in 173,632 square feet of residential space next door to Metropolitan Hospital and a short walk from a nearly-complete 176-unit affordable complex the developers also built in coordination with HHC, according to a public presentation agency officials delivered at the hospital in September and shared with Commercial Observer.

“HHC is very pleased to help provide much-needed affordable housing for seniors,” an agency spokesman wrote in an email. “Many seniors wind up being hospitalized for longer than necessary because of the lack of supportive housing.  A safe, new affordable development with appropriate amenities for the senior population will help reduce hospitalizations and enable seniors to live in dignity as part of the community.”

The $100,000 annual rent rate for the 105,652-square-foot lot matches the fair market value for the property, according to an independent appraisal cited in the proposed lease. The Council must sign off on the proposal, which falls in the district of Council Speaker Melissa Mark-Viverito, in order to enter into the long-term deal, the HHC spokesman said, noting that agency officials expect approval in the next two to three months.

The Speaker is reviewing the plan and working with the developer on community housing needs and concerns, representatives for Ms. Mark-Viverito said. The proposal will need to pass both the Subcommittee on Landmarks, Public Siting, and Maritime Uses and the Land Use Committee before the full Council votes on it, the representatives said.

Representatives for SKA Marin declined to comment. The company has developed 50 projects totaling over 6,000 units and two HHC sites, figures from the agency’s presentation say. The only currently-used portion of the building, an FDNY EMS facility on the ground floor, would remain onsite under the proposal, which also calls for a community facility, a private garden and a rooftop patio.

The city Department of Housing Preservation and Development would provide construction financing for the project through funds from the U.S. Department of Housing and Urban Development‘s home investment partnership program and project-based Section 8 housing assistance, according to a public notice about the proposal. An HPD spokesman declined to state the amount or sources of the financing, citing agency policy not to discuss details of pending agreements until they’ve closed.