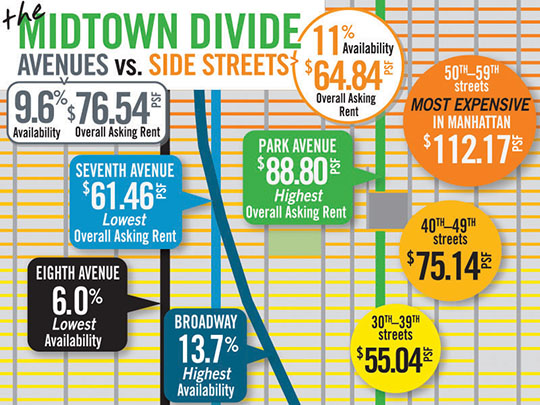 Stat of the Week

Examining the avenues from Third Avenue to Eighth Avenue, Park Avenue has the highest overall average asking rent at $88.80 per square foot, while Seventh Avenue has the lowest asking rent at $61.46 per square foot. The Broadway corridor is the weakest of the major avenues, as its availability rate stands at 13.7 percent, substantially higher than the Midtown average. Along Eighth Avenue is where on

e can find the least amount of available space, with a low availability rate of only 6 percent.

Richard Persichetti is vice president of research, marketing and consulting at Cassidy Turley.