The Plan: View the Space’s Office at 142 West 36th Street 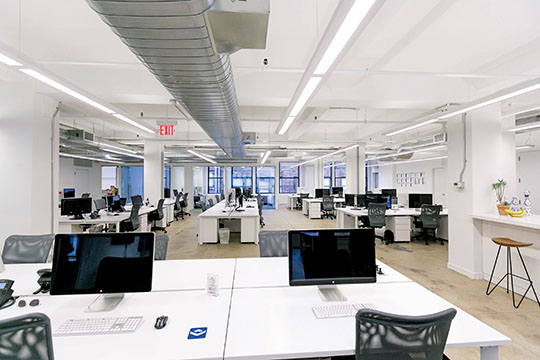 View the Space, a cloud-based commercial real estate leasing start-up, has moved into its new digs after slumming it on West 30th Street. The firm’s new space, designed by The Mufson Partnership, spans 7,400 square feet on the entire 12th floor at Herald Square Properties’ 142 West 36th Street just off Broadway.

VTS was delivered turnkey space with exposed ceilings and ductwork as well as polished concrete floors.

“We built this space from scratch,” said Ryan Masiello, the chief revenue officer for VTS. “It was custom-built for VTS.”

Because the company has a “hyper collaborative” culture, having an open layout was of utmost importance, Mr. Masiello said.

“We’re constantly creating new products,” he noted. So there are white boards everywhere.

Every conference room has a glass front, which doubles as a white board, and all rooms are open, including the lounge area for product sessions and the pantry and coffee bar.

“We have a very serious coffee culture within our company,” Mr. Masiello noted. The office has a Gaggia Classic espresso machine, a French press and a regular coffee machine.

Most of the employees like surfing and Mixed Martial Arts. 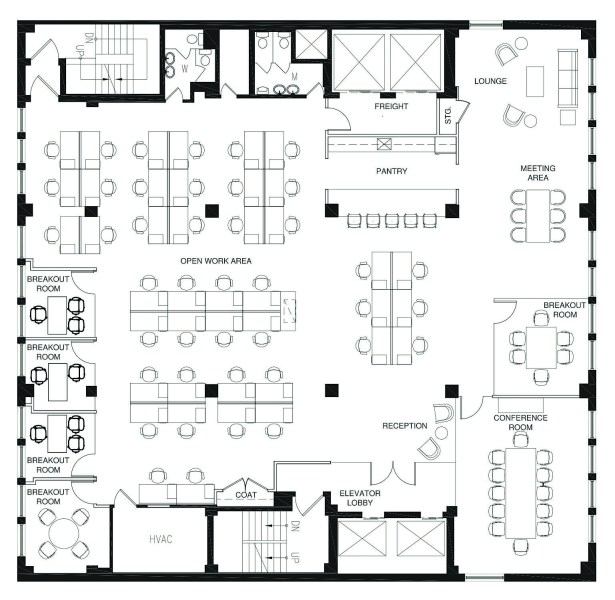 “We have a high-energy, active team,” Mr. Masiello said.

In the lounge area, there are Muay Thai pads for “blowing off steam,” he said, as well as four original framed photos of iconic professional surfers and a Point Break movie poster.

The office also showcases a makeshift bike rack and a Dan Taylor surfboard.

One way the team dispels its energy, is a company-wide pushup session, which typically happens two to three times a day. Whenever someone feels the mood strike, he or she lets everyone know via a Hipchat internal communication system, flips on the music and they all hit the floor for 25 to 30 pushups.

“It’s one of those things where we made it a rule—no matter what’s going on, you can’t say you can’t do it,” Mr. Masiello said. “We’ve been in meetings with clients and gotten called out.