Slideshow: Real Estate Execs Sleep on the Street for Charity 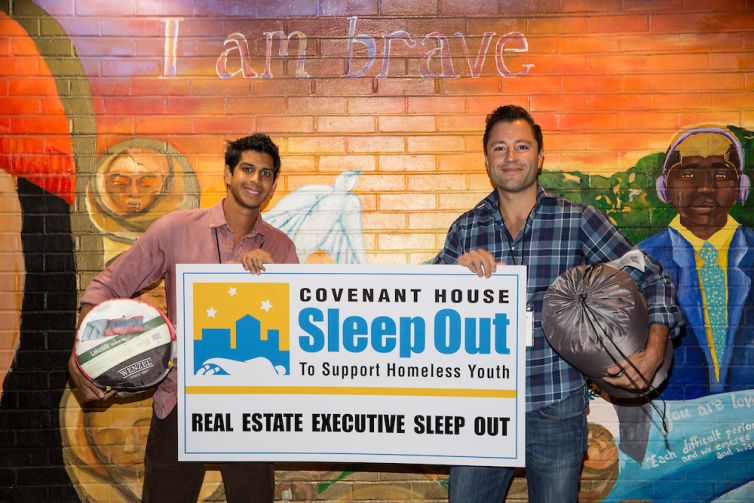 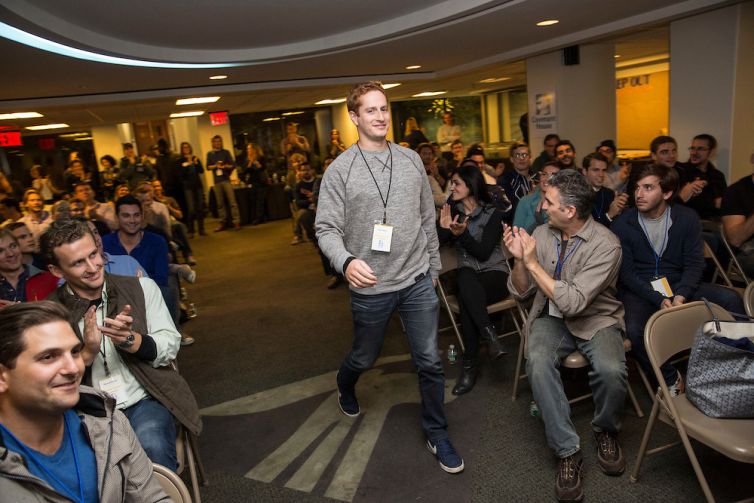 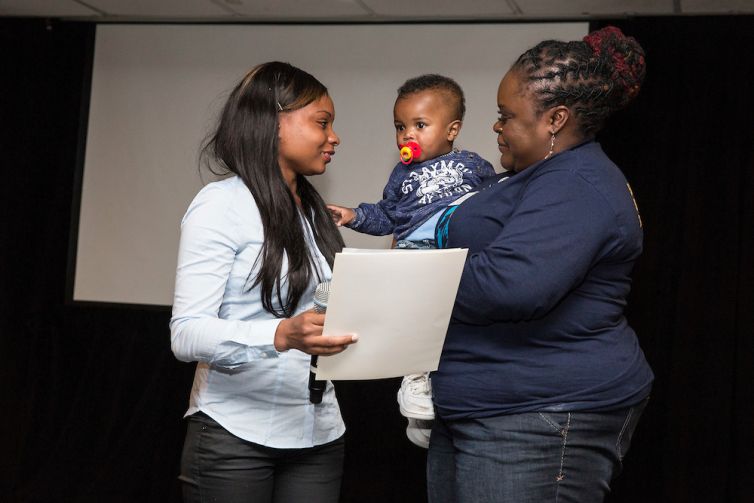 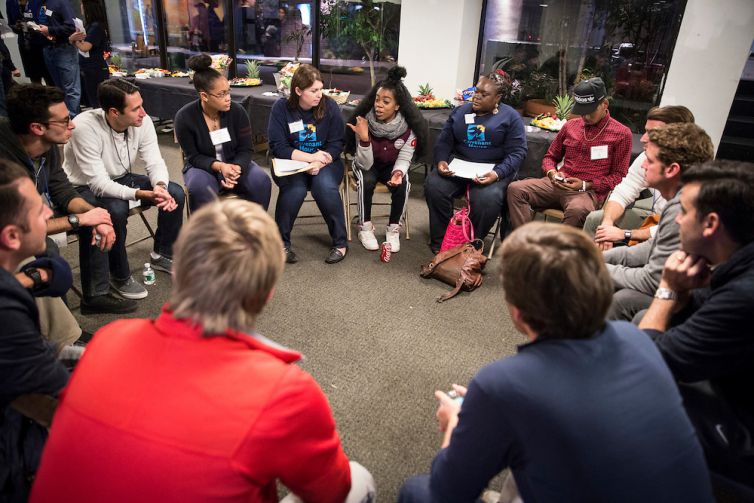 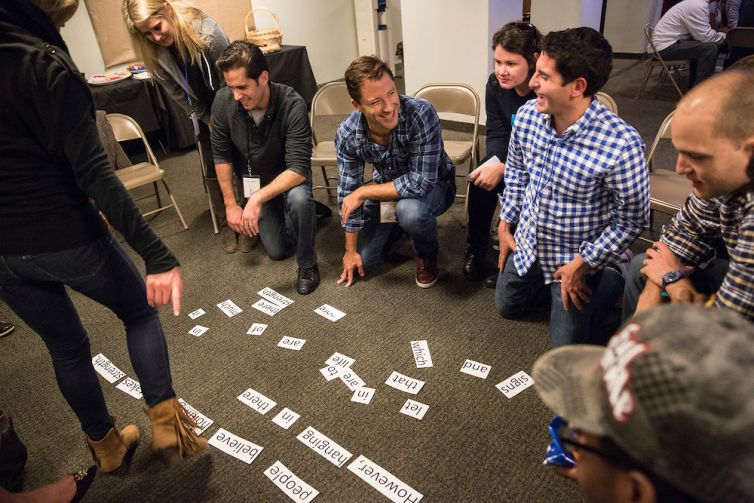 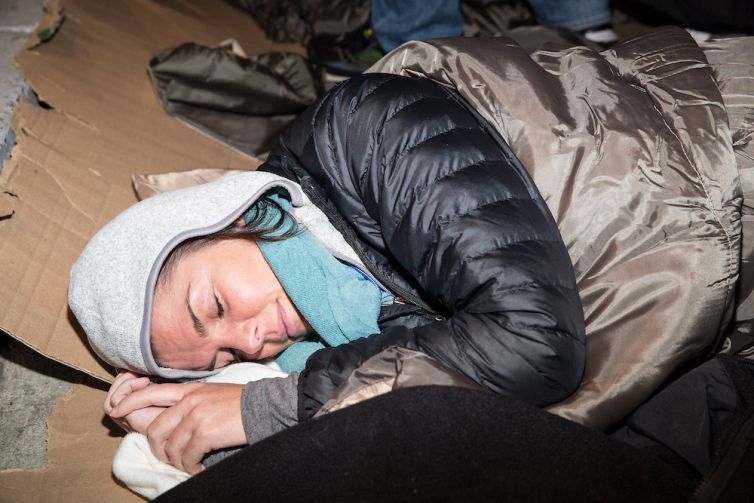 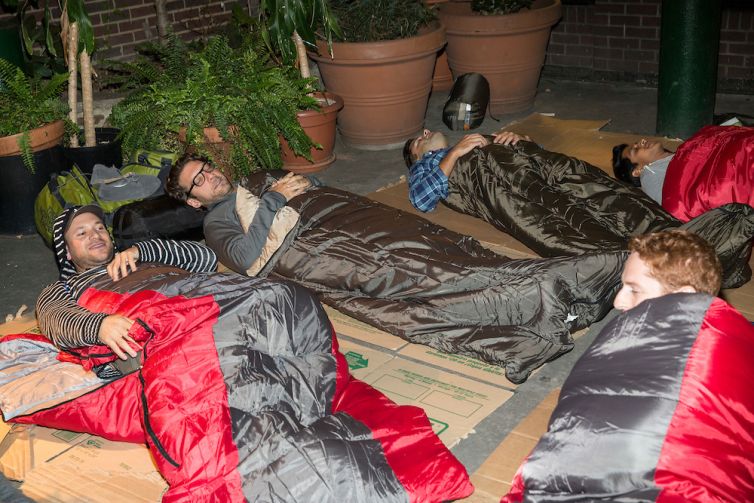 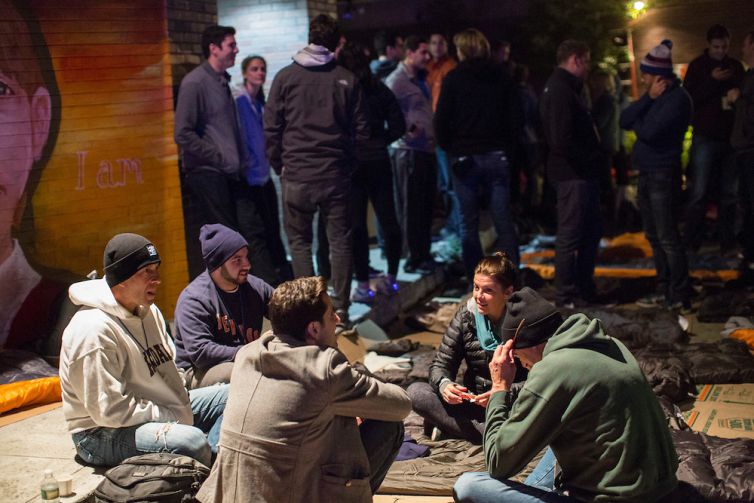 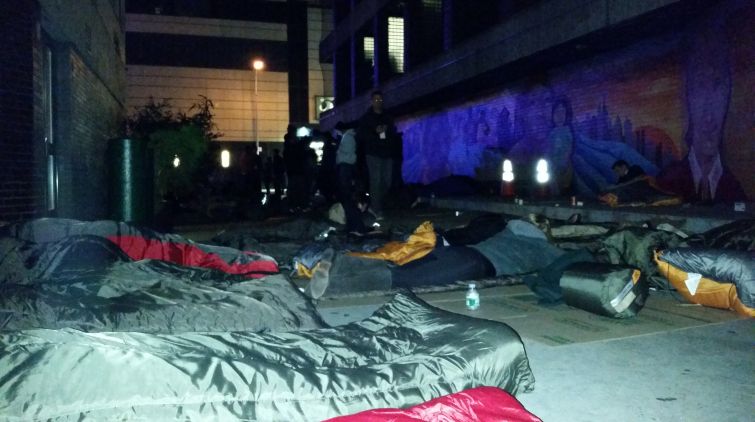 Roughly 100 real estate executives (plus these reporters) braved the elements and slept on 41st Street and 10th Avenue last night to raise awareness and money for Covenant House, a homeless shelter and comprehensive service provider for youths.

“[The kids who live at Covenant House] are really appreciative and grateful that people are aware of their situation and are doing it in a way that is raising awareness, and I think signaling to [them] that they’re not alone,” Creighton Drury, Covenant House’s executive director, told Commercial Observer at the start of the event.

Covenant House provides opportunities and shelter to people ages 16 to 21 who are experiencing homelessness. It serves an average of 350 young people a night and over 3,000 young adults a year. The organization has a host of resources, from a health clinic to legal services to job training programs. It is also equipped to serve mothers and their babies; up to 60 babies can live at the shelter at one time. Most of the youth living at the shelter are from New York City.

The average stay in Covenant House’s short-term emergency shelter is 17 days. The average time span for youths in transitional living is approximately 12 to 13 months.

He added: “This is such a special place with a lot of love and a lot of comprehensive services. We’re so grateful for the support of so many people.”

The real estate executives group had initially aimed to raise $100,000, but as of last night fundraising for the organization exceeded $216,000. Ninety percent of the funds raised goes directly to the kids.

Covenant House noted that it costs $1,000 to get one youth off the streets, into a job training program and into employment. One bed at the organization costs $25,000 annually to fund.

Angelo, Gordon & Co.’s Daniel Rudin was the single largest fundraiser, having brought in $21,555.

The evening began with a welcome reception, and included programming with current Covenant House residents who are using the services there to rebuild their lives.

“I just like to help kids and give [them] some type of guidance and support, a story knowing that whatever they’ve been through, it doesn’t necessarily determine the outcome of where they can go,” said Frank Pimentel, an associate at Lee & Associates. Mr. Pimentel shared that he took a circuitous route to real estate, and hoped he could provide support to those who may be taking longer to reach their goals.

Before the 11 p.m. scheduled sleep time, Brian Edwards, the chief operating officer of TerraCRG, said he was hoping to get some shut-eye at the event.

Though Mr. Edwards is an avid outdoorsman, this was his first time sleeping on the streets of New York City.

“I’ve done a lot of camping in my life,” Mr. Edwards said. “I’m originally from Minnesota. I’m used to sleeping outdoors, but this will be my first time sleeping on a really hard surface.”

The sleep-out was cut short this morning at 4:30, instead of the planned 6 a.m. wake-up, due to very loud drilling on 41st Street, across from Covenant House.

Covenant House has hosted sleep outs before in places from Anchorage to New York and Toronto to New Orleans, including the Broadway sleep-out in August and an executive sleep out slated for next month. Though last night was many real estate executives’ first time sleeping outside on the street (as it was for these reporters), it may not be their last. Thursday, Oct. 8, 2015 is already booked for the 2015 Real Estate Executive Sleep Out. The event also plans to expand westward to California.

Covenant House by the Numbers

“We have Los Angeles [Covenant House] booked for Oct. 8,” said Mr. Schmeelk, adding that he’s hopeful other cities will join the list.

Covenant House has helped 1 million homeless kids in the 40 years since its inception, the organization noted at last night’s first-ever Real Estate Executive Sleep Out at Covenant House. Mr. Drury  said the privately funded agency paid $6,000 for finger foods, beverages and a tent, a fraction of the $216,000 that New York City real estate professionals raised for the organization, which offers free 24/7 crisis care and on-going support for homeless kids. Here are some other numbers of note, mostly provided by Lileth Finegan-Young, Covenant House’s purchasing director:

9 of the sleepers were women