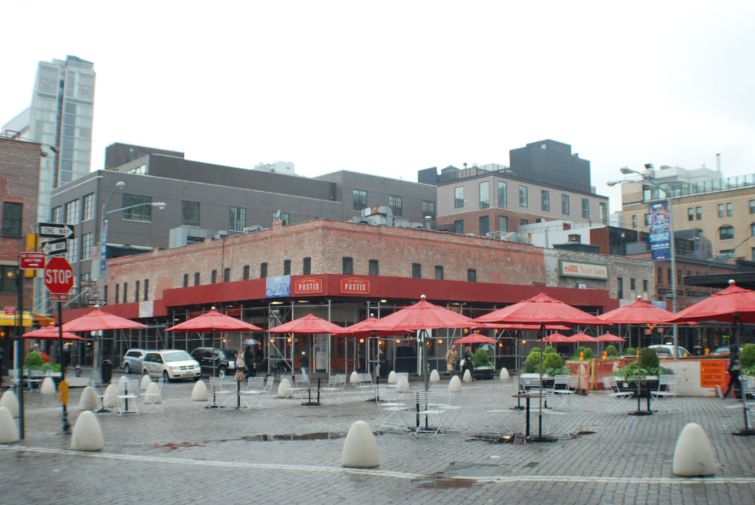 Restoration Hardware will be taking over the old Pastis building at 9-19 Ninth Avenue, The Wall Street Journal reported. And Commercial Observer has learned that the deal represents an apparent relocation for the high-end home furnishings company from its Flatiron District digs.

Restoration Hardware has signed a 15-year lease for the building, and will be paying $250 million over the course of the term, the Journal reported. The lease is for 70,000 square feet. The existing building is 30,000 square feet (15,000 on the ground floor and 15,000 on the second floor). The owners, Aurora Capital Associates and William Gottlieb Real Estate, will be adding a 15,000-square-foot lower level and 25,000 square feet spread over the third, fourth and fifth floors, a source with knowledge of the deal told Commercial Observer. Plans call for a wraparound terrace on the third floor and a large outdoor space on the fifth floor.

“The penthouse being designed as a beautiful conservatory,” the source said. “I believe it’ll be interior decorating.”

Over the summer, the city’s Landmarks Preservation Commission approved BKSK Architects‘ plans for a two-story glass addition to the building, which is between Little West 12th and West 13th Streets.

Restoration Hardware’s New York City store, which reopened in the summer as RH New York, The Gallery in the Historic Flatiron District, is at 935 Broadway between East 21st and East 22nd Streets. The source told Commercial Observer that the company has outgrown the 30,000-square-foot, three-floor location.

While the building housed stables and an open market in the 19th century, it is most recently known as the home of Keith McNally’s French bistro Pastis, which closed early this year.

Mr. Epstein said he Mr. Cayre are working along with Neil Bender of William Gottlieb Real Estate on a relocation of Pastis within the Meatpacking District.

Restoration Hardware didn’t immediately respond to requests for comment and nor did Mr. Masinter.