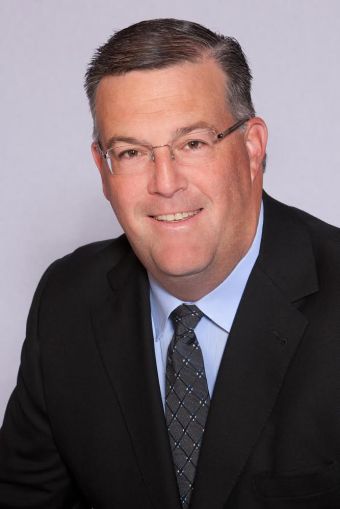 Mortgage Observer: How did you get started in real estate?

We generally hear about servicing when a property is distressed. How much of your business covers those sorts of properties?

Our portfolio covers the entire gamut—performing and non-performing loans. A few years ago, our portfolio was circling around 10 percent distressed properties. That’s come down. Agency loans and life company loans had always performed pretty well. In general, delinquency is much lower than it has been in the last couple years. If you have a borrower who is willing to work with you as you try to find the appropriate strategy to resolve the problem that typically makes for a better resolution.

There’s been talk in Congress of reforms and possible replacements for Fannie Mae and Freddie Mac. What sort of impact do you think that will have on Berkadia?

We’re the No. 2 Freddie Mac lender, the No. 5 Fannie Mae lender. We garner a lot of business from that sector, and we continue to watch it closely. I don’t think any announcement or change is imminent. There’s been a clearer distinction between the single-family side and the multifamily side of the companies, which is, in our opinion, good for us. With both companies being very profitable of late there’s less pressure for drastic changes.

Berkadia has a significant presence overseas. How did that happen?

We have a very large operation in Hyderabad, India. We’ve been there for over 12 years. We call it a hybrid servicing model. We’ve added $120 billion in servicing over the last 18 months with this model. We opened the office in 2002. It was seen initially as an opportunity to find greater efficiency—labor arbitrage. We realized that the quality of work and the quality of people allowed us to grow that platform. We have almost 700 people there today, over half of Berkadia’s 1,300 total employees. The only thing we’ve held off doing there is heavy client relations. Virtually all the back office work is done in India.

Do you hire locally?

Yes, we have no expatriates there right now. We started the operation with a couple and when it reached a level of maturity we no longer felt that was necessary. Our manager now has 19 years of mortgage experience and received his degree from Indiana State, but he is an Indian national and lives and resides in India. Last year we had 70 trips to and from Hyderabad for training and management.

What sort of people are you hiring?

We’re hiring very sharp, young people as they graduate with master’s degrees in finance. It’s no longer about the scale … of how much money we can save. It’s about the quality of people we can attract and hire.

Are any competitors outsourcing like this, or is it something that’s overlooked?

I don’t think it’s overlooked. I think the barriers to entry are significant. We’ve spent millions of dollars on the platform. We’ve been there for 12 years. There’s no one else in the industry that has something like this—some have operations, but not of this scale and not of this maturity level. Bank of America had about 30 employees in Hyderabad. They were selling their servicing rights, and we hired all their employees last year.

What’s the reaction from clients?

Clients all ask the same question: whether their data is secure.

Has Berkadia considered expanding to work with properties in India?

The next level expansion would be to provide third-party servicing directly from Hyderabad. Right now, we act as the intermediary in the U.S. and the office there does the work. The India real estate market is something we’re looking at very carefully. Berkadia is conservative by nature. We’re not interested in entering something that we don’t understand completely. We’ve been asked to service in Europe as well, which we’re considering.

Have you opened offices in other locations?

I was on the management team at the time that decided to go to India. We had looked at multiple areas: South America, [the] Virgin Islands … we had an office in Ireland at the time. We were also in Manila for a while, and we decided to close that operation about 18 months ago, because we did not have the same success. It was an issue about quality. We weren’t happy with the execution.