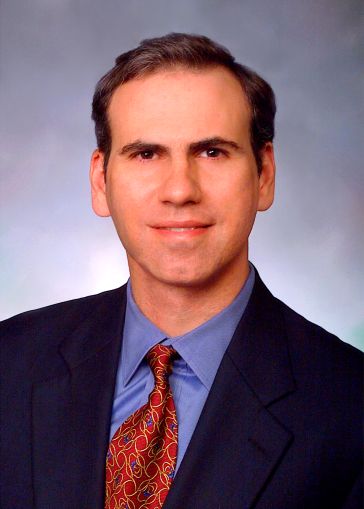 Christopher Jordan, head of Wells Fargo’s hospitality finance group, spoke with Mortgage Observer in September from his office in Washington, D.C. He told MO about the inception of the bank’s hospitality lending arm, where the market may be heading as 2015 approaches and two newsworthy deals his team recently closed. The 53-year-old Maryland native received his bachelor’s degree in 1983 and his M.B.A. in 2005, both from Duke University. He joined Wells Fargo in 1988.

Mortgage Observer: How did you get started in hospitality finance at Wells Fargo?

Christopher Jordan: I’ve been with Wells for 26 years and I’ve been with our real estate platform throughout that period, both on the East Coast and the West Coast. Wells Fargo has been active in the hospitality arena since the early to mid-1990s, but for years we had conducted that business through our general real estate banking network, which is how most balance sheet lenders do it.

In late 2007 we made the decision to create a dedicated lending group for the hospitality industry, which we launched in the spring of 2008, right before Lehman Brothers and Bear Stearns collapsed. We took a fresh look at the business, and felt that due to the specialized nature of it, it would be much better in terms of risk management and being able to grow the business if we had a team that did nothing but hospitality-related finance work all the time.

Why did you launch the hospitality finance group at such a volatile time?

The markets were feeling stressed, but we saw it as an opportunity since we saw capital beginning to leave the hotel arena.

How many people and how many offices do you oversee now?

We have about 50 team members distributed in seven offices around the county. Our book of loan commitments totals approximately $8 billion today. That’s both property-level loans and corporate lending that we do to the public REITs and the C corps. There are three legs to our lodging platform: our balance sheet business and our two sister groups, Eastdil Secured, based in New York, and Wells Fargo Securities. There’s a synergistic framework to how we cover the lodging business.

Your group opened a New York office in early 2012. How is that office holding up two and a half years later?

Great. That’s one of our flagship offices. More activity probably emanates out of our New York office than any other office. We also cover London hotel deals from New York, so we have team members from that office going to London on a regular basis. We may begin to station some of our hospitality finance team members in London on a permanent basis.

With that in mind, why are you based in D.C.?

Even with the amount of activity in New York, D.C. is in many ways the locational capital of the industry. You’ve got Marriott here, you’ve got Hilton here, most of the public REITs are domiciled here and a lot of funds are here. The Washington metropolitan area is to lodging what Silicon Valley is to technology in many ways. There’s a cluster effect.

What are you seeing in the way of increased capital going into hotel deals?

There has been a profound change in availability of debt capital for the industry. That probably started in late 2012, first quarter of 2013. But we saw a very material increase in the number of lenders willing to play and the total amount of capital flowing into the hotel sector in January 2014. It gets more crowded every month to some degree. A lot of that is the CMBS market, which got very aggressive this year. People read the good press and fear recedes.

Where’s the next peak?

It’s hard to say, but I don’t see a return to the level of construction lending that prevailed in 2005, 2006 and 2007, which, I would say, is a good thing for everybody. Supply has been constrained as a result since it takes a lot of equity to build a hotel. If there are concerns, it’s that the capital markets are getting heated, transactional leverage is increasing and prices have gotten really high in key gateway markets.

What are you seeing in smaller, non-coastal cities?

Clearly it’s a bifurcated market, as it is for all real estate classes. The gateway markets are far more desirable for owners and investors, but the prices are higher. That’s the tradeoff. Overall, investor appetite has been much stronger in gateway coastal markets and a few of the major non-coastal markets, like Houston.

What are some notable hotel deals your team worked on in the past year?

In late August, we provided a joint venture between Thayer Lodging Group Fund VI and Brookfield Asset Management with a $260 million senior standing loan to acquire and renovate the Westin Diplomat Resort & Spa in Hollywood, Fla. Blackstone provided a $100 million mezzanine loan that increased the total debt stack to $360 million.

In late June, we provided a joint venture between affiliates of NBC Universal and Loews Hotels & Resorts with a $198 million partial-recourse construction loan for the proposed Sapphire Falls Resort development, to be located on the Universal Orlando Resort grounds in Orlando, Fla. Wells Fargo successfully syndicated the loan shortly thereafter.