Nonprofits, Others Getting Into the Commercial Condo Game 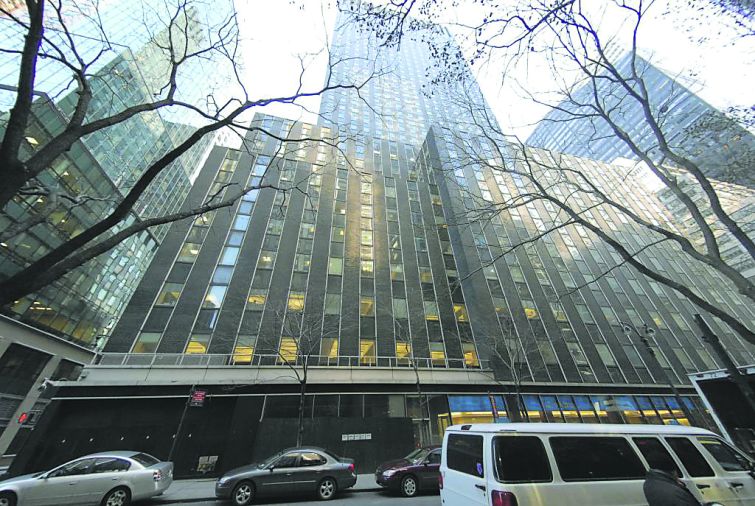 Nonprofit organizations in Manhattan have been cashing in on the strong investment sales market by selling off buildings they own and scaling back with office condominiums.

Last month, Federation of Protestant Welfare Agencies was eyeing a $13 million, 33,000-square-foot condo at 40 Rector Street after going into contract on the sale of its headquarters at the Church Missions House at 281 Park Avenue South for $50 million earlier this year. Big Brothers and Big Sisters, which pairs children with mentors, sold its townhouse at 223 East 30th Street for $6.75 million. It also terminated a lease at 245 Fifth Avenue and then consolidated with a 25,711-square-foot office condo it purchased for $10 million at 40 Rector Street. Vocational training organization FedCap Rehabilitation Services sold its longtime headquarters at 211 West 14th Street for $26.75 million and then purchased a 44,000-square-foot office condo at 633 Third Avenue for $26.5 million.

“Nonprofits that have owned buildings for a long time are putting them on the market and are getting a tremendous windfall,” said David Lebenstein, a senior managing director and head of the nonprofit group at Cassidy Turley.

Opting to go condo allows nonprofit organizations “to cash in on their valuable real estate and make a significant contribution to their endowment while also continuing to benefit from property ownership,” according to a mid-year 2014 report from Rudder Property Group, whose specialty is brokering office condo and co-op sales. “Plus, buying an office condominium can be cheaper than leasing since 501(c)(3) nonprofits are exempt from paying real estate taxes when they own their property.”

But with a constrained supply (there are fewer than 75 office condo buildings in Manhattan) and increasing pricing, the commercial condo market has become hot for more than just the nonprofits.

Doctors and jewelers, who have major infrastructure costs, are opting to buy condos with increasing frequency, as are foreigners.

“You’re not going to build a million-dollar vault and then move in five years,” said Rudder Property Group’s Michael Rudder. Historically, the most popular parts of Manhattan for commercial condos have been in Chinatown and near the United Nations and hospitals.

Commercial condos aren’t a new phenomenon. Mr. Lebenstein, for one, has been selling them since 1985.

That building “brought this whole commercial condo thing to the fore,” said attorney Richard A. Nardi, a partner at Loeb & Loeb, whose firm was involved in the financing of the Gem Tower.

And it made perfect sense to do the majority of the building as condos.

“Foreigners don’t like to lease. They love to own,” Mr. Nardi said. “Who [owns] the jewelry businesses? They are foreigners to a large degree.”

Retail condos are an appealing investment vehicle because a buyer knows he can usually get a positive return plus appreciation when the lease expires, said Adelaide Polsinelli, a senior director at Eastern Consolidated. The purchaser of a retail condo generally is “buying a return,” and can sell the asset if he needs cash.

In what was an atypical commercial condo deal, Coach, Inc. in April 2013 closed on the $750 million purchase of a 738,000-square-foot office space in the proposed South Tower at The Related Cos. and Oxford Properties’ Hudson Yards.

Vlad Sapozhnikov, a managing partner at Oneworld Property Advisors, represented the buyers of a commercial condo at 496 LaGuardia Place, where Pita Grill is a tenant. On Sept. 18, the condo, which includes 1,350 square feet on the first floor and 1,350 square foot in the basement, sold for $2.1 million with a 4.6 percent cap rate.

For Mr. Sapozhnikov, 90 percent of his deals this year have been commercial condo sales. Last year that number was 50 percent.

“The market is different from last year,” he said. “Unless they saw a five-cap last year, people wouldn’t touch it. This year, even 4 percent is good. People are a lot more aggressive. There is no such thing as a five-cap this year.”

“Healthcare is exploding right now,” said Paul Wexler, the head of Wexler Healthcare Properties at the Corcoran Group. “I think that there’s an increase in popularity partially driven by interest rates being at good levels.”

“The demand is there,” Mr. Rudder said. “Companies want to own their space. There’s just virtually nothing to buy right now.”

Although there is a dearth of commercial condos, Keystone Equities is bringing to market 202 Canal Street in Chinatown.

Jonathan Zamir, the founder of Keystone Equities, said he and his partners have started the sales process at the redeveloped office building. On the second floor, ground floor, basement and subbasement there is a retail condo, which they sold to a private investor, and on floors three through nine there are commercial condos.

“In the Chinatown submarket there’s a demand for office condos [and we] felt [there] was limited supply to accommodate [the demand],” Mr. Zamir said.

Part of what is driving down availability is that New York City investors aren’t flocking out of state to put their exchange proceeds into triple-net leasesholds, said Gabriel Saffioti, a director at Eastern Consolidated. “Instead, they are looking at New York City retail condominiums with prime locations, the single most important investment criteria, and strong credit-worthy tenants. These investors know that ultimately if the tenant decides to leave, they will be able to re-lease the space.”

He recently co-brokered the sale of a commercial condo at 116-24 Metropolitan Avenue in Kew Gardens, Queens, for $10.2 million with a 5.01 percent cap. It was a benchmark sale for this type of asset class in the borough, the firm said.

“Cap rates will continue to slightly compress as the market appreciates and supply remains tight, although much of this is driven by current market expectations for the Federal Reserve,” Mr. Saffioti said.