How Safe Are Buildings in Lower Manhattan? 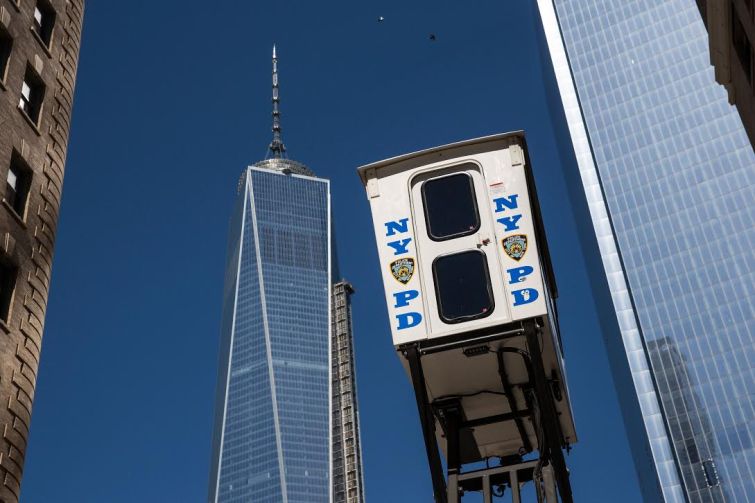 Thirteen years after Sept. 11, 2001, stakeholders, elected officials and security personnel in Lower Manhattan remain acutely aware that the 1.7-square-mile area south of Canal Street is still vulnerable to terrorism. Because safety concerns for people and property remain paramount, unprecedented steps have been taken to ensure preparedness in the event of an emergency.

“We continue to evaluate risk and alter our security plan based on our risk assessment by providing a mix of motivated and well-trained security officers, technology, including access controls, and physical barriers to safeguard our property,” said Melissa Coley, a spokeswoman for Brookfield Property Partners when asked about security at the company’s Brookfield Place in Lower Manhattan.

“We maintain a strong collaboration with law enforcement and other public and private stakeholders in regards to planning, drills and communication. We also perform a full range of investigative, crisis management and other such services to ensure the overall safety of Brookfield Place, our tenants, their employees, and the public who visits Brookfield Place.”

Brookfield is far from the only company operating with such prudence in the Financial District.

“1 World Trade Center is the safest office building ever constructed,” Mr. Barowitz added. “Its security systems and structure are extremely robust and provide ample protection to our tenants and visitors.”

While multifaceted security protocols may be seen as superfluous in other cities, security experts largely agree such precautions in Lower Manhattan are warranted.

“The general stance that the NYPD has adopted, that New York is a prime terrorist target, is entirely justified,” said Bruce Hoffman, the director of the security studies program at Georgetown University. Mr. Hoffman stressed that the foiled 2009 subway plot and the failed 2010 Times Square car-bombing reaffirm that New York remains a prime target for terror. (Neither the New York Police Department nor the Port Authority responded to requests for comment.)

Mr. Hoffman also noted that in addition to casualties, terrorists see themselves as waging a form of economic warfare designed to disrupt the nation’s day-to-day operations. As the financial epicenter of the country, Lower Manhattan is unique in that it operates as a high-profile economic nerve center. Therefore, it requires buildings and tenants take additional precautions under the best of circumstances.

However, George Anderson, the vice president of operations at security firm AlliedBarton, said that risks posed to buildings and tenants in Lower Manhattan extend beyond terrorism.

“There are many reasons why you want to have an effective security program when you’re a commercial real estate property,” said Mr. Anderson, who is responsible for the firm’s Port Authority account, which includes the World Trade Center. He cited access control issues, not just for individuals who may have terror intent, but also to thwart street crime, ensure proprietary information is secure and keep operations running without disruption. Mr. Anderson referenced the 2011 Occupy Wall Street movement and the protesters’ intent to penetrate buildings to spread their message.

Ultimately, Mr. Anderson said, “you don’t want people who don’t have any legitimate purpose at the business to get into the building.”

Though threats to buildings and tenants in Lower Manhattan can seem grievous, there are a number of measures stakeholders can take to optimize safety and emergency preparedness.

“We recommend a set of policies that include best practices that involve access control, visitor policies, emergency planning and mail screening procedures,” said Elizabeth Carter, a senior director at the Chertoff Group, a global advisory firm focused on risk management and security issues. Ms. Carter also served as a plan manager for the New York City Office of Emergency Management, where she was responsible for developing plans responding to chemical, biological, radiological and nuclear incidents.

Ms. Carter said that emergency management includes incorporating communications plans, holding regular drills and recognizing that a workforce can act as a first line of defense.

“All employees should be trained and drilled in evacuation procedures,” Ms. Carter said.

“[Superstorm] Sandy taught us that there are many different types of threats,” she said.

Jonathan Resnick, the president of Jack Resnick & Sons, learned this lesson the hard way when his property at 199 Water Street was pummeled by Superstorm Sandy. The commercial building had four to six feet of water in the lobby; ultimately 8 million gallons of water were pumped out of its basement.

“Most of our mechanical infrastructure had to be replaced,” Mr. Resnick said.

Since the storm, the property’s telephone mainframe room and fire alarm equipment have been moved upstairs. The company is in the process of moving the base building generator to higher ground, as well as all of the electrical switchgear.

“We’re getting as much out of the way of potential flooding as possible,” he added.

Mr. Resnick also noted that the building has installed a floodgate system at key entry points to the building. The system can be quickly deployed in the event of another anticipated flood.

There are also engineering measures that can be taken during a building’s construction phase that can make the structure less vulnerable to certain threats.

Robert Smilowitz, a principal at Weidlinger Associates, a firm that specializes in protective design, noted that the physical security of a building is critical to overall security. While retrofitting a building after construction becomes expensive and challenging, protective design can more easily be incorporated into initial design plans.

“Basically, there are three components to security. One is operational security that includes guards and people who man the security operations,” Mr. Smilowitz said. “[The second is] technical security measures that provide access control and cameras. Those two aspects are covered or dealt with by security consultants.”

“Physical security is what you actually build into the structure to make it more resilient,” he explained. These three security components then work together to protect a building’s occupants.

Mr. Smilowitz added: “When one or more of the operational or technical components fail, then you rely on the physical security to protect in a comprehensive security plan.”

“Progressive collapse means you lose one column and a disproportionately large portion of the building comes down with it,” Mr. Smilowitz said.

The NYPD also has a number of public-private partnerships to enhance safety in the area, including the Lower Manhattan Security Initiative that began in 2005. The program, which includes an extensive network of cameras transmitting a live-feed providing security personnel with real-time information, has been cited as a key tool in keeping the area secure.

“The fact that there’s an entity that coordinates between the police department and buildings to provide security, safety and crime control is a force multiplier for the police,” Mr. Anderson said. “It’s been a tremendous value-add, and its value will continue to increase as more organizations become stakeholders and provide their camera feeds.”

“It is certainly appropriate to think about security measures that might seem out of place elsewhere, but are entirely relevant to the threat as it relates to New York City,” Mr. Hoffman concluded.