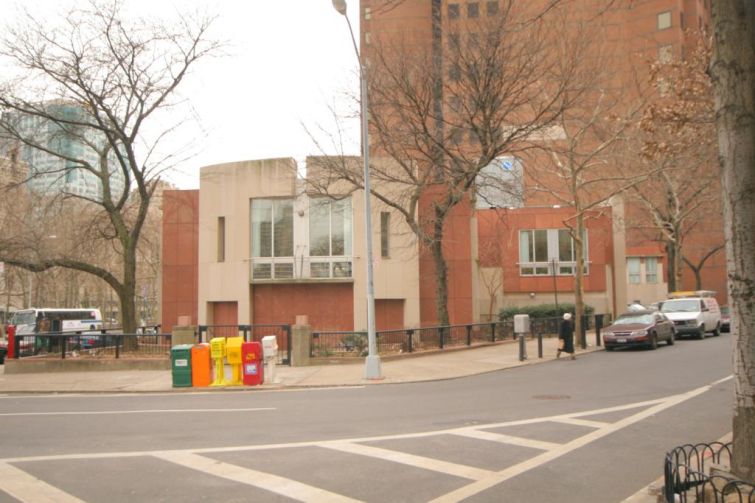 On the same day last month that the Brooklyn Public Library‘s board of trustees approved the Hudson Companies‘ $52 million purchase of the land beneath the Brooklyn Heights branch, an opposition group named the Citizens Defending Libraries forwarded library officials a sizable Freedom of Information Law request for details on what it maintains constitutes a concerted effort by library officials to sell off real estate assets and cut down the library’s 60-unit system.

Library officials, who deny the group’s claims, said they’ve received the FOIL request and will respond to the inquiry that the group refers to as a “citizens’ audit and investigation of library sell-offs and shrinkages in Brooklyn,” according to a posting on its website.

“We don’t think that the mission of a public library is to do economic development for a private school or a private developer,” said one of the group’s co-founders, Michael D.D. White, on the deal that, if approved under the city’s Uniform Land Use Review Procedure, would create a 21,000-square-foot-library, two micro-retail spaces, a gymnasium for nearby St. Ann’s School and 132 condo residences on the current site of the 60,000-square-foot branch at 280 Cadman Plaza West plus 114 affordable apartment units within Community District 2. “The public is not getting a good deal,” he added.

The group is demanding extensive information about contact Mr. White and others say that BPL has had with consultants, real estate companies, government agencies and architects, as well as detailed documentation on plans to sell, shrink or redevelop eight other branches. But a spokeswoman for the library rejected the notion that the library is trying to sell off assets and noted the Brooklyn Heights deal would provide $40 million for capital improvements at branches with “urgent capital needs” throughout a system that needs $300 million in capital improvements overall.

“In the face of stark financial need, BPL has in the past examined other local libraries for redevelopment, but we found very few opportunities that could provide enough revenue for a new library and support broader infrastructure costs and community benefits,” the spokeswoman said in an email. “In fact, the only other branch we proposed selling, Pacific, will now be rehabilitated with $3.5 million from the Brooklyn Heights redevelopment, a clear sign of our commitment to remain in the current facility for the long term.”

The Brooklyn system currently operates in “particularly bad shape,” with 51 buildings requiring at least $1 million worth of repairs and 140 unplanned closures for 540 lost operating hours in 2013, according to a report released last month by the Center for an Urban Future.  Potential air rights sales could “generate millions of dollars” for the system and redevelopment ideas like the Brooklyn Heights proposal could create 772 units of housing at ten libraries citywide while providing additional resources for system-wide improvements, the study by the nonpartisan think tank found.

“These kinds of deals should be on the table, and I think many of them could benefit their communities greatly,” said David Giles, research director at the center and one of the report’s authors. “I think the libraries are looking at this, I don’t think they have some grand scheme to sell off library properties.”

But Citizens Defending Libraries rejects the report’s findings, and the group that formed around opposition to the New York Public Library‘s ultimately-scrapped plans for the 42nd Street Library will continue to pressure BPL for more information, Mr. White said.

“We have a long FOIL request based on research that we’ve already done,” Mr. White said, noting a the group’s petition calling on Mayor Bill de Blasio to “rescue our libraries from developer destruction” has attracted nearly 3,000 signatures. “Anyone else can copy and past it and email it.”