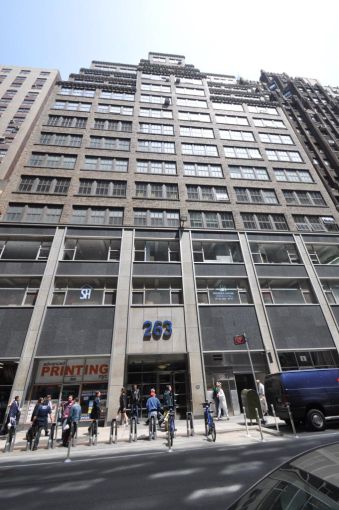 You can say it’s staying a part of the fabric of the neighborhood. Women’s clothing designer Susana Monaco will keep her eponymous company at Handler Real Estate Organization‘s 263 West 38th Street in the Garment District through a long-term, 6,000-square-foot renewal for the building’s entire 17th floor, Commercial Observer has learned.

The knit-specialist and dress designer who has outfitted celebs like Cynthia Nixon, Denise Richards and Kristen Stewart has operated a showroom and office space at the property with asking rents of $41 per square foot since 1999, Handler officials said.

“New York City’s Garment District is the perfect location for a globally-recognized clothing company showroom,” Scott Galin, a principal at Handler, said in a prepared statement. “Susana Monaco is a household name in the fashion business, a tenant we’re proud to have.”

Mr. Galin and his Handler colleague, executive vice president Richard Farley, negotiated on behalf of the landlord in-house and no brokers represented the tenant in the transaction, Handler officials said.