Commercial Loan Originations Continued to Climb in the Third Quarter 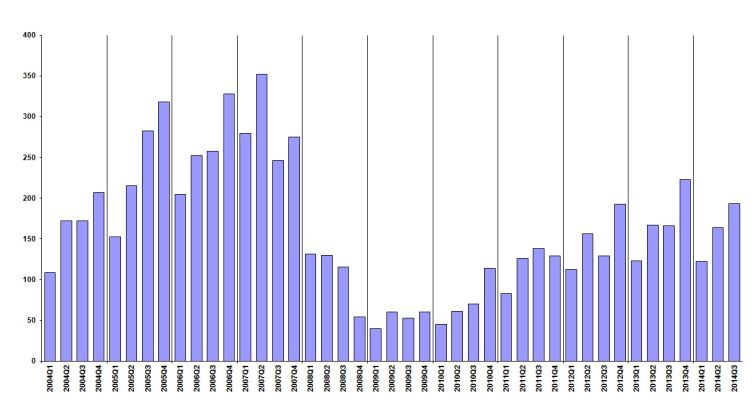 Healthcare property loans bucked the trend, with a 43 percent year-over-year decrease, according to the industry group’s research.

Bank loans, meanwhile, saw a 16 percent year-over-year decrease in dollar volume, according to the MBA report.

The Mortgage Bankers Originations Index is based on a quarterly average of 100 and does not include dollar amounts.