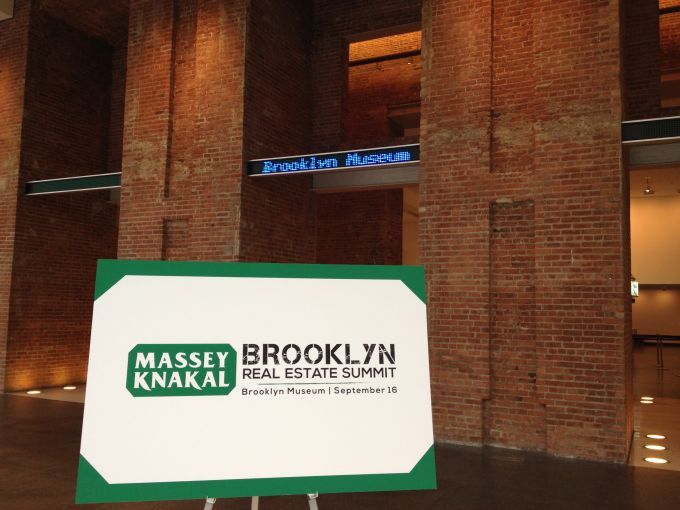 Although many of the borough’s bustling areas already enjoy bus and subway connections, speakers who led off the day-long program referenced new approaches to the city’s parking requirements, potential novel ways to transport commuters between the boroughs and Manhattan and the need to ease congestion on the busy Lexington Avenue subway train. Mayor Bill de Blasio‘s administration checked in at the conference with pledges to beef up transit capacity between the neighborhoods of Brooklyn.

“We have to think about how to knit them together,” said city Economic Development Corporation President Kyle Kimball. “We’re, as part of this new administration, taking a hard look at new ways to move people around.”

The city and Downtown Brooklyn stakeholders need to address the overcrowded 4 and 5 trains currently running between Manhattan and the downtown area “in order to think about long-term growth,” Mr. Kimball added. The calls for increased transit options echo those from research showing that walkable, urban areas served by mass transit command a 206-percent rent premium over driving suburbs in the New York City area, the largest disparity of any metropolitan area in the country, according to a report released this summer by the George Washington University School of Business. Both the attractiveness of transit-oriented development to young people and the nature of the city’s parking mandates for new developments are causing the new administration to examine what the mayor’s housing plan refers to as “stringent” car parking stipulations for new developments, said Alicia Glen, the deputy mayor for housing and economic development.

“Most people would say that the parking requirements are very outdated,” Ms. Glen said during her keynote remarks. “My kids are never going to ask for a car to live in New York City. The way New York transit is developing is going to make us step back and look at parking.”

Yet CityRealty President Dan Levy may have generated the most buzz with his “East River Skyway” plan to link Manhattan and Brooklyn with a new suspended tram line running between Delancey Street on the Lower East Side to Williamsburg in Brooklyn and down the Brooklyn waterfront to the Navy Yard. The plan, which Mr. Levy outlined at the event, calls for three phases that would eventually run a new network of gondolas from points in Brooklyn and Queens to the United Nations building, the spot on the Lower East side and the South Street Seaport area in order to provide more transit options for areas of the borough like Williamsburg where residential growth has “stressed” current commuter systems, according to the proposal’s website.

“Given the exciting growth in Brooklyn and Queens, it is essential to adapt New York City’s transportation system to serve residents in these booming areas,” Mr. Levy told Capital New York in a prepared statement. “Cities around the globe are recognizing the viability and efficiency of urban gondolas to overcome serious transportation challenges. An aerial transportation system would be a relatively inexpensive and quickly-deployable solution here in New York.”

But old-world transportation options like ferries might also figure in the city’s future. With the Downtown Brooklyn area picking up $4 billion in private investment to create over 8 million square feet of residential, commercial and retail development since the city rezoned the area in 2004, policymakers should take a comprehensive approach to transportation issues, said Tucker Reed, president of the Downtown Brooklyn Partnership.

“We need to solve that problem of moving people up and down that Queens-Brooklyn waterfront,” Mr. Reed said. “That big thinking is what we need right now.”