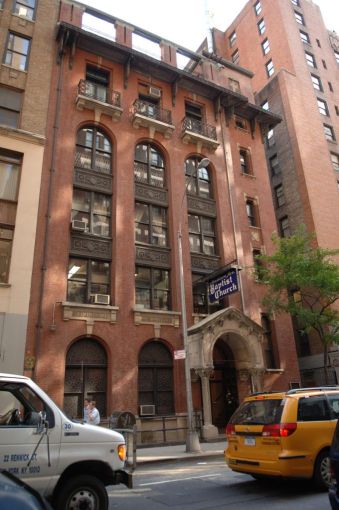 Eckstein Development Group has filed an application to tear down the Madison Avenue Baptist Church‘s historic 1906 parish house at 30 East 31st Street, according to Department of Buildings records.

The development group is planning to erect a $90 million condominium in partnership with Pinnacle Real Estate, according to Ekstein’s website. The project is slated to break ground in the fourth quarter of this year.

The firm purchased the seven-story building between Park and Madison Avenues from Madison Avenue Baptist Church in June for $15.6 million, property records indicate.

The church put the parish house on the market in the middle of last year, The Real Deal previously reported “due to the inability to rehabilitate the building [because of cost], the exorbitant upkeep cost and the current market condition,” Faith Grill, chair of the Madison Avenue Baptist Church Trustees, wrote in a letter to parishioners.

“We are still in the design stages,” said Erik Epstein, the president and chief executive officer of Eckstein. He noted that the project may grow because the firm is in the process of buying some inclusionary air rights.

Morris Adjmi Architects was tapped to design the project.

Update: This story was edited to include a comment from the president and chief executive officer of Eckstein Development Group and the name of the project’s architect. The rendering was removed as it was incorrect.