Foreclosure: South Florida’s Boom and Bust Left a Legal Storm in its Wake 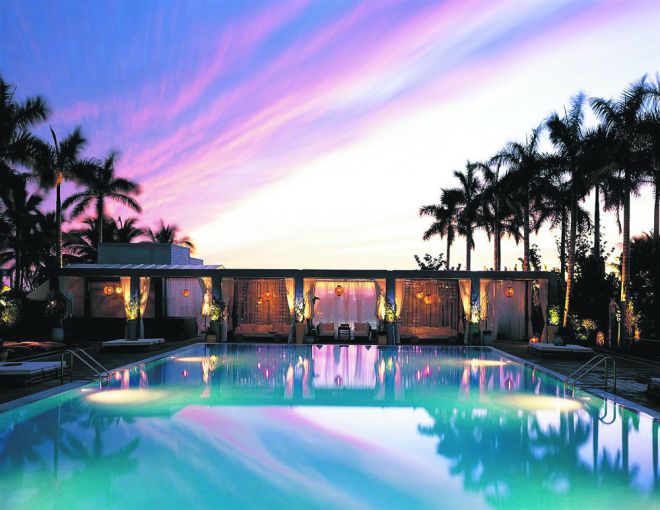 Despite sunny climates, the real estate market in South Florida has seen some of the darkest days of any real estate market since the economic downturn ended, as many have noted. Less reported is the complex sea of litigation certain developers concoct as they struggle to keep foreclosed properties afloat.

“We are still seeing a lot of cases in South Florida that relate to mortgage financing that took place right before the financial crisis,” the attorney, who runs Katten’s New York real estate litigation practice, told Mortgage Observer. “Many of those cases are being brought now,since lenders are no longer kicking the can down the road. The lenders who held off on initiating enforcement actions, especially with securitized deals that were placed into special servicing, have to get these bad assets off their books at some point.”

And the foreclosure-related lawsuits of the past few years are plenty—the Paramount Bay waterfront condos in Downtown Miami, the SeaSpray Inn in Palm Beach Shores, the EuroSuites Residences and Resort in Sweetwater, the Westin Fort Lauderdale Hotel, and the Shore Club Hotel in Miami Beach, to name a few reported cases.

As South Florida hotel and condo borrowers continue to default and many of those borrowers look to pass the buck without losing a buck in the process, the ensuing legal battles become all the more contentious.

“The common theme is the developer trying to shift its own failures, in terms of completing a project and properly budgeting for a project, onto the lender,” Mr. Parrott, who represents real estate lenders and institutional banks, said matter-of-factly.

“When you have defaulted construction loans, developers will often argue that no one was able to foresee the impact of the economic crisis, that these were economic conditions beyond their control that frustrated their ability to complete the projects,” said Mr. Parrott, who has worked on more than a dozen major foreclosure cases in Florida. “But at the end of the day, that’s a risk that borrowers take when they put a mortgage on a property.”

In 2012, Mr. Parrott fought on behalf of one of several defendants in an $899 million lawsuit over the Shore Club hotel, which had been hit with a foreclosure action two years prior. His client, NYLIM Real Estate Mezzanine Fund II, had purchased an $11.5 million note from a $126.5 million refinancing on the hotel, and then the plaintiff in the case, a borrower entity controlled by developer Philip Pilevsky, decided to go after the debt holders in a counterclaim.

The plaintiff alleged that the hotel loan’s servicer, LNR Partners, and other defendants, including Wells Fargo Bank and Midland Loan Services, had improperly serviced the debt and allowed confidential financial information to be disclosed to the hotel’s competitor, Starwood Hotels & Resorts Worldwide.

The plaintiff then doubled his bets by bringing the same case pending in Florida to New York, again asserting similar lender-liability theories. Mr. Parrott argued before the presiding judge in New York, Justice Charles Ramos, that since the foreclosed property and all related documents and witnesses were located in Florida, the case belonged there.

“The borrower was unhappy with the judge and the foreclosure proceeding in Florida, so this was really forum shopping that they were doing,” Mr. Parrott said.

Justice Ramos dismissed the lawsuit against NYLIM, LNR and the other defendants in October 2012 due to the same claims being asserted in Florida.

However, the plaintiff did not stop there, filing an additional lawsuit in Florida and New York against another group of defendants that included the hotel’s senior lender JPMCC. An option in a renewal lease with the hotel’s existing tenant, the high-end Japanese restaurant chain Nobu, allowed Nobu to purchase the mortgage on the entire property in the event that the loan went into default.

The borrower entity controlled by Mr. Pilevsky purchased that option from Nobu after its lease was renewed and sought to exercise the right to buy the mortgage at market value. The defendants refused to comply and the hotel’s owner again took legal action. (The judge overseeing that case granted summary judgment in favor of the plaintiff earlier this year and that ruling is now the subject of an appeal, court records show.)

Mr. Pilevsky did not return a request for comment left with his personal assistant.

“I think we’re approaching the end of foreclosure litigation relating to loans that were underwritten just before or at the outset of the financial crisis,” Mr. Parrott said. “The next cycle is going to be when interest rates start to creep up again and when inflation is no longer kept at the almost zero level that we have right now.”

On the upside, the continual glut of foreclosure cases in South Florida provides new amenities for those with an appetite for nonperforming debt.

“Some of the most successful real estate investors out there, all they look for are distressed assets,” Mr. Parrott told Mortgage Observer. “So this also creates enormous investment opportunities—even today, well after the economic crisis ended.”