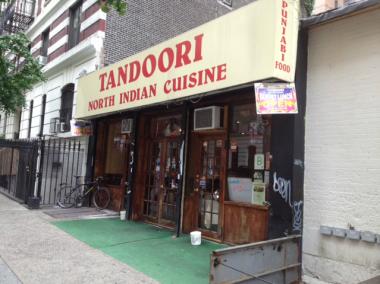 Tandoori, a restaurant serving up North Indian cuisine, is closing tonight after eight years in business, Commercial Observer has learned.

Carlos Vegas leased Tandoori’s 2,000-square-foot restaurant at 210 West 94th Street between Amsterdam Avenue and Broadway this afternoon, allowing Tandoori to operate until 8:30 p.m. tonight, according to James Famularo of Eastern Consolidated. He and colleague Ravi Idnani negotiated the deal on behalf of Tandoori and Mr. Vegas.

“It’s a great neighborhood,” Mr. Famularo said. “If you know that corridor on the Upper West Side, there’s nothing but restaurant after restaurant and they’re all busy because of density.”

The ground-floor restaurant space was marketed with an asking rent of $150 per square foot and $200,000 in key money, Mr. Famularo said. Mr. Vegas assumed the last five years of the Tandoori lease and the landlord, Sterling American Property, tacked on another five years in the deal.

Tandoori was closed by the New York City Department of Health and Mental Hygiene in March for a series of violations, West Side Rag reported.