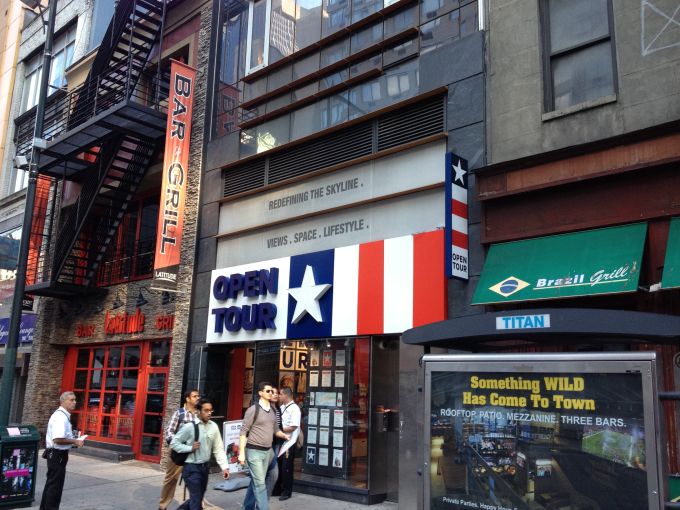 RDSL Urban LLC, a subsidiary bus tour company of RATP, the French national public transportation authority, has opened a 2,800-square-foot storefront and basement location down the block from other bus tour company competitors for its first business venture in the city at 785 Eighth Avenue, Commercial Observer has learned.

“It was part of a brand new luxury residential building,” she said. “This was the sales office for the building.”

Mr. Weinstabel added, “We were looking for something where the tourists come.”

Dylan Murphy of Massey Knakal Realty Services represented the landlord in the deal.

“This space had 22-foot ceilings and has beautiful frontage on Eighth Avenue,” Mr. Murphy said in a prepared statement. “Located on the western side of the Times Square/Theater District, the heavy tourist foot traffic makes this the ideal space for a tour bus company. At 25-foot wide and 42 stories high, the Icon is one of the few sliver buildings to be constructed in the last decade. The design of both the building and the storefront lends a sense of 21st century relevance to the Open Tour brand.”

Neither broker group disclosed the asking rents at the location, but average asking rents for retail spaces in the Midtown area between 35th Street and 59th Street jumped 43 percent in the past year to $190 per square foot, according to the most recent retail report by the Real Estate Board of New York.