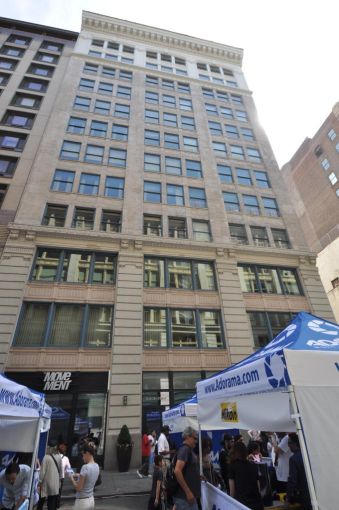 Dalan Management has purchased several retail condominium units in the Flatiron District, which were developed and formerly owned by Extell Development, for $9.8 million, Commercial Observer has learned.

The 9,000-square-foot, off-market deal included two ground-floor units at Altair 18 at 32 West 18th Street and one ground-floor unit at Altair 20 at 15 West 20th Street, plus a 1,000- to 1,500-square-foot vacant basement space in the 18th Street building, said Dalan Principal Daniel Wrublin. The deal closed less than two weeks ago. Mr. Wrublin said the seller is an Israeli entity.

Vidal Sassoon occupies one of the two commercial spaces in the 18th Street building and The Movement Fitness, a new tenant, occupies the other. INAX Gallery New York, a manufacturer of sanitary fixtures and tiles, has its showroom in the retail condo at 15 West 20th Street.

Extell developed Altair 18 and Altair 20 as condominiums and then in March 2012 sold the retail condos in three deals totaling $6.1 million, according to property records. LLCs are listed as the buyers in the deals.

Mr. Wrublin said besides liking the locations, Dalan liked the deal because of the “upside” with the retail spaces, the “creative potential” with the basement vacant space and the fact that the seller wanted to get the deal done quickly, resulting in “what we consider a favorable price on the deal.”

Eric Hantman, the chief executive officer and founder of Prime NYC, was the lone broker in the deal. He didn’t respond to requests for comment.