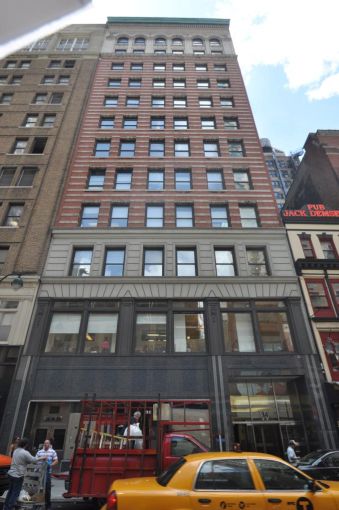 Children’s wear company Babyfair signed a lease for five additional years starting after its current lease expires at the end of the year in its 9,820-square-foot showroom and office space on the 8th floor of Arcade Building Associates‘ 34 West 33rd Street property, Commercial Observer has learned.

The 12-floor structure, also known as the “Children’s Wear Building,” commands asking rents of $42 per square foot and features only tenants who make clothing for children and display it in showrooms for prospective retailers, said David Levy, the principal of Adams & Co.

“That building is the epicenter of children’s wear,” said Mr. Levy about why Babyfair elected to remain in its current location. “That’s what they do; that’s what’s best for them.”

Mr. Levy and his colleague Brett Maslin represented both the landlord and the tenant in the transaction. Adams & Co. boasts 16 such fashion specialty buildings out of 33 buildings it markets around the city, Mr. Levy said.