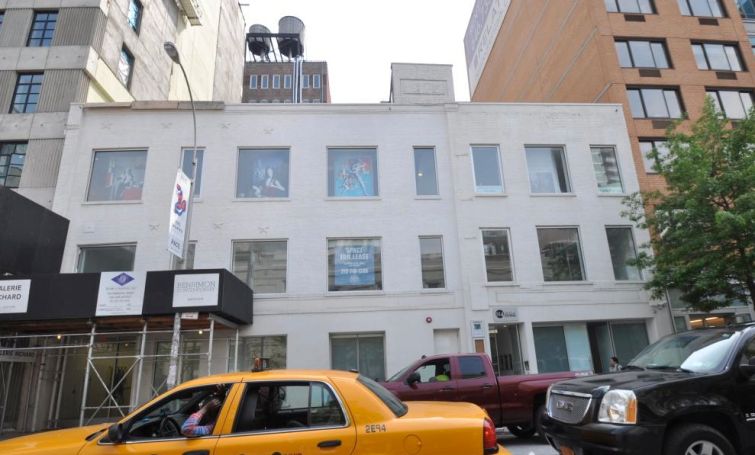 Both deals carry one-year terms with two six-month extension options. The developers have tossed in $12.7 million in equity to cover the $44 million acquisition and predevelopment cost, according to Terra Capital’s chief executive officer Bruce Batkin. The total estimated cost of the projected is about $85 million, he said.

Aaron Appel and Michael Diaz from JLL brokered the deal, which closed on July 1. The senior loan has a rate of Libor plus 300, Mr. Appel said.

New York-based JDS and Largo plan to demolish an existing structure and build a ten-story condo with ground-floor retail. Construction on the new luxury property is expected to begin to mid-2015.

While the sale has not hit city records, previous reports say the J.V. paid $35 million for the building.

The 7,400-square-foot development site, near the High Line, is currently occupied by a 22,000 square foot, three-story building, which was constructed as a warehouse in 1926 and later converted to an art gallery in 2011. The parcel holds buildable air rights of about 48,000 square feet.

There are a few kinks to be sorted out before the project can move ahead, however.

“It’s a great site with some issues that the sponsorship will need to clean up bit,” said Mr. Appel. Among those are tenants who may be bought out. “But overall, it’s a great acquisition,” he said.

Even so, Terra Capital was willing to lend based on the value of the existing building, said Adam Kies, a director at the firm.

“Our borrower is one of New York City’s most active developers and has acquired one of the few remaining residential sites near the High Line,” Mr. Kies said. “Since the High Line opened in 2009, the submarket has experienced over five billion dollars of new development, much of which has been residential condominium projects by name brand architects that sell for over $2,500 per foot.”

In the worst case, the mezzanine lender ends up with a commercial property in a posh area last repositioned in 2011.

Terra Capital’s interest rate pricing on value-add and predevelopment deals runs between 12 and 18 percent, according to the lender.

In a June interview with Mortgage Observer, Mr. Batkin said that the firm has become increasingly willing to lend on predevelopment projects—one of real estate’s riskier niches for lenders.

“What we’re doing now is transitioning so that more of our portfolio will become transitional or even non-income producing land than in the past,” he noted. “We feel more comfortable that development is beginning to take place and that hiring is beginning to increase.”

The 24th Street project project is one of many JDS has in the pipeline with Largo. Last year, the pair closed on the acquisition of a two-acre parcel along the East River in Kips Bay for $172 million, where it will build two condo towers with a total of 800 apartments.

A call to JDS’ representatives was not immediately returned.