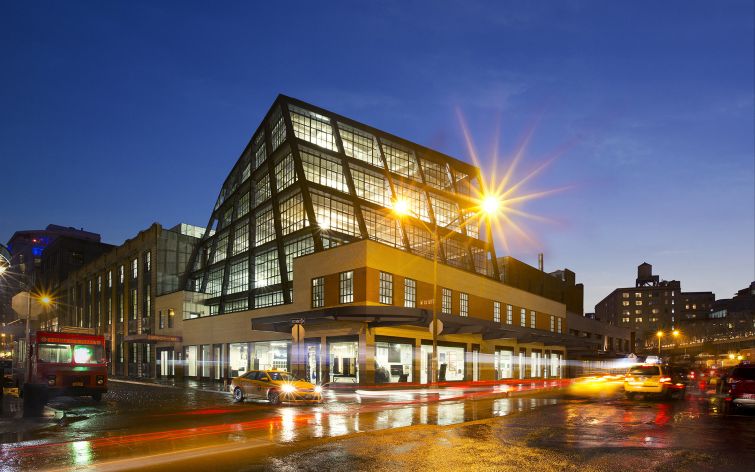 As CO first reported, the electronics company was close to finalizing a deal last month in the six-story building developed by Thor Equities and Taconic. The asking rent on the ground floor at the glass building, which is between Little West 12th and 13th Streets, was $500 per square foot, a source previously told CO. The asking rent for the floors above was $120 per foot and the asking rent for the below-grade space was $100 per foot, Mr. Pariser said, noting that they provided “market concessions.”

Mr. Pariser declined to indicate the length of Samsung’s lease, but a source with knowledge of the deal said it is for 20 years including options.

Thor and Taconic acquired a temporary certificate of occupancy early this month, Mr. Pariser said. The building is “sitting there beautifully complete,” he added.

“837 Washington Street is an iconic building in New York’s most dynamic and prolific neighborhood,” said Thor Equities CEO Joseph Sitt in a statement provided to CO. “Situated on one of the area¹s most highly trafficked corners, 837 Washington Street offers Samsung unrivaled exposure to showcase their brand and they join an impressive list of companies that are capitalizing on the area¹s trendsetting reputation.”

“Just as we have grown our presence in Silicon Valley, expanding our presence in the New York area is an important next step for our company,” said Gregory Lee, chief executive of Samsung Electronics North America, in a statement published in the Journal. “The new, cutting-edge Samsung office in the Meatpacking District will help guarantee that our business is closer to some of our important customers, an innovation-minded workforce, and other key stakeholders for our businesses.”