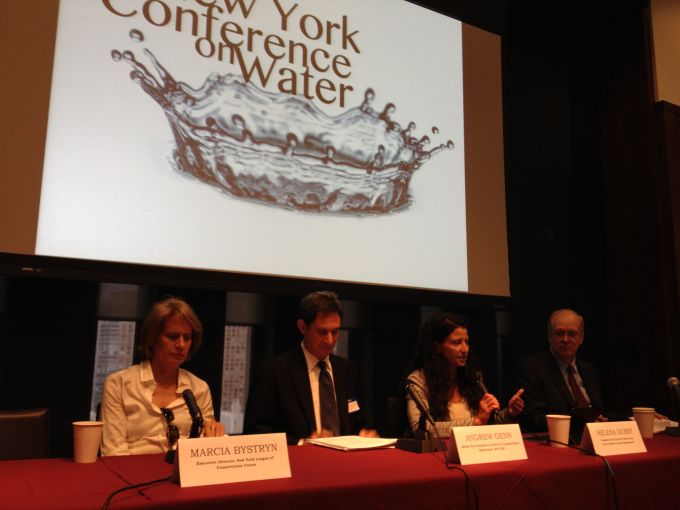 Discussions over the future of the city’s ferry system at the New York Conference on Water this morning showcased the topsy-turvy nature of the boat transit that has a long history in the city.

“It’s this very unique industry where you have a highly competitive atmosphere, then you have a huge delta on prices,” said Ms. Durst about the range of ticket prices on the city’s ferries. “There’s just such a wide delta as to what these ferry costs are and there’s just no parameters.”

Ferries would function better if there were a single government entity overseeing them, such as an existing one in San Francisco, Ms. Durst said, noting layers of bureaucracy and cost that often dissuade private ferry operators from opening new routes.

Ferry company Seastreak’s Far Rockaway to Manhattan service costs the city $30 per passenger, Mr. Genn said about the route the city started after Sandy and has allotted funds for through October. But the EDC official expressed greater optimism than Ms. Durst about ferry boats’ use for commuting.

“New York’s waterways, in addition to our water supply, have always been our strength,” Mr. Genn said. “We’ve got 520 miles of shoreline and we need to use it wisely.”

The East River Ferry upped property values by 8 percent within one eighth of a mile of the ferry’s stops since it started in 2011, while neighborhoods around the stations added 600,000 square feet of space, a 2013 EDC study that Mr. Genn cited found.

“Ferries are something that are going to be very important to the future of New York City,” said William Castro, the Manhattan borough commissioner for the city Department of Parks and Recreation and the moderator of this morning’s panel.