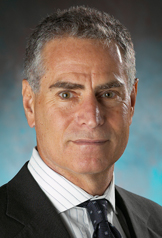 Michael Ashner, the chairman and chief executive of the Boston-based distressed real estate investor Winthrop Realty Trust, announced this May that his company plans to liquidate its assets over the next two years. That includes an $869 million portfolio containing 5.3 million square feet of rentable space and loan assets worth $58 million, according to data from the CoStar Group. Mortgage Observer takes a look at some standout quotes from the veteran real estate executive.

“I don’t see real relative investment value in the real estate space. Margins have compressed…. The returns that people are accepting are 8 percent to 8.5 percent. For the risk, it isn’t worth it.”

“We like the optionality created by the opportunity to acquire a cash flow-positive portfolio of high-quality condo constructed multifamily assets at what we believe to be well below replacement cost.”

—August 2013 comments on the acquisition of four luxury apartment buildings in Arizona, Connecticut, Texas and California

“We are planning for a new round of opportunities based on growing lender sales of first mortgage and fulcrum junior debt. We see these related opportunities as the principal sources of our investment strategy for 2011.”

“Through this acquisition, Winthrop and Pershing will be working to resolve the future of Peter Cooper Village-Stuyvesant Town. We understand the importance of this property in providing housing for moderate-income New Yorkers. Among our goals is the continued supply of affordable housing for its residents for years to come.”