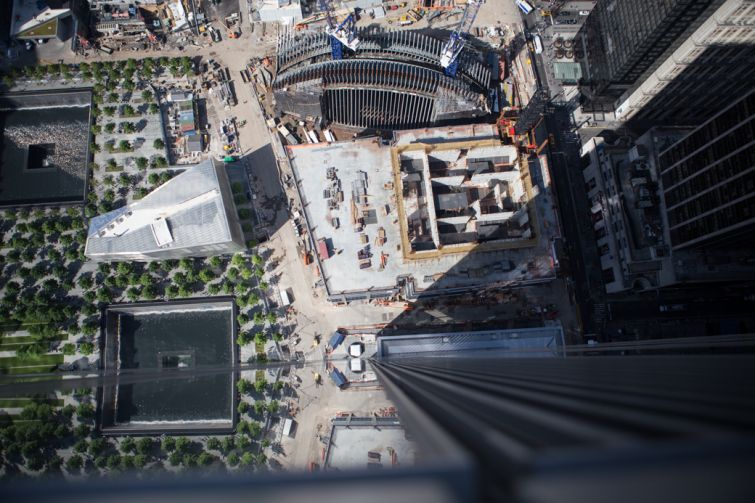 Construction at the transportation hub and 3 WTC. (Arman Dzidzovic)

World Trade Center retail developer Westfield Group has leases either signed or out for signing at roughly 80 percent of its 150 slots at the WTC’s transit hub, the international mall developers told The Wall Street Journal today.

The steel and glass-winged train station, which renowned Spanish architect Santiago Calatrava dubbed “the Oculus,” will open next year with 365,000 square feet of retail space eyeballed by an estimated 200,000 pedestrians per day.

“We really were trying to get the best brands, the most relevant and most productive, given the consumer we have down there,” Greg Miles, Westfield’s top U.S. official, told the paper. “It’s really important for us to have a mix to satisfy broad constituents.”

British high fashion men’s clothier Turnbull & Asser and shoe designer Stuart Weitzman will both set up shop in the $1.4 billion retail space, and Eataly, Apple, Michael Kors, Kate Spade New York, The Kooples, MAC and Bobbi Brown are also in serious talks, according to the story.

The 800,000-square-foot hub will have space for three full-service PATH platforms and 11 subway lines, and Calatrava’s design incorporates a 150-foot tall retractable roof that will allow natural light to flow in 60 feet below street level.