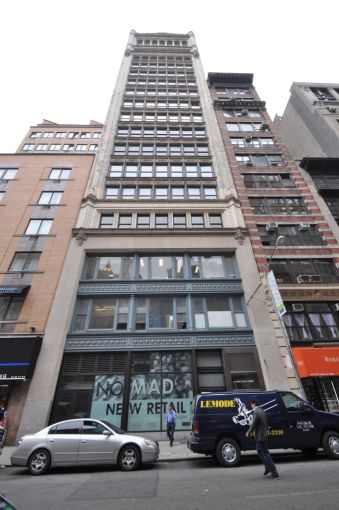 SoulCycle is taking 3,500 square feet on the ground floor and 2,500 square feet in the basement in a 10-year deal. The asking rent was $125 per square foot, as Crain’s New York Business reported.

The new fitness studio will open in the fall.

“With all these commercial buildings being rented up to young, vibrant companies, this is a definite need,” Mr. Stein told Crain’s.

SoulCycle is on a tear. SoulCycles can be found on the Upper West and East Sides, Tribeca, Union Square, Scarsdale and Bridgehampton, among other places.

“We look for special communities, and New York has a lot of them,” co-founder Elizabeth Cutler previously told Commercial Observer. “And we look into opportunistic deals.”

As CO also previously reported, SoulCycle will open its first location in the Financial District this fall at 2 Gold Street.

SoulCycle began in a former dance studio on the Upper West Side.

“We just really wanted to be in a convenient location, something accessible” Ms. Cutler previously said.