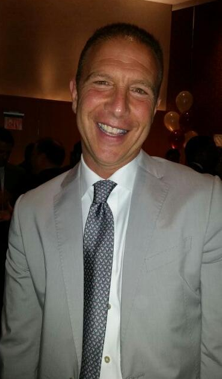 A news article and a seating arrangement helped clear the way for the deal that the Real Estate Board of New York judged the most significant to the city’s real estate market in 2013, Commercial Observer has learned.

Peter Ripka of Ripco Real Estate won REBNY’s sought-after “most significant retail deal of the year” award last week for his brokering of Barneys New York’s move back to a 57,000-square-foot retail condo at 107 Seventh Avenue in Chelsea where the city staple had relocated from in 1997.

“This means a lot to me,” Mr. Ripka said after winning the award. “It’s about Manhattan; it’s a legendary company.”

But the deal might never have come about without a timely news story in Women’s Wear Daily on the availability of the space that was then occupied by a Loehmann’s and a positive meeting between Barneys executives and principals of Equity One, the owner of the space, according to the 10-page description of the deal which Mr. Ripka submitted to the award judges on REBNY’s retail committee. The personal narrative he presented to REBNY tells the story of a nine-year journey which saw Mr. Ripka broker the property’s sale from Arthur Weiner to Equity One in 2010, long before there were any articles or meetings.

“As a broker, part of being successful is being culturally relevant and strategically willful,” Mr. Ripka said. “To me, being thoughtful and willful—all those things—add up.”

Mr. Ripka had hoped Barneys would be interested in returning to the space he remembered shopping in with his parents on special occasions as a youngster, but he didn’t know if the department store had any interest whatsoever. That’s when he thought of a friend who is a reporter at the influential fashion newspaper.

“All the fashion executives in the world read WWD and I was positive all the senior executives at Barneys did as well,” Mr. Ripka wrote in his award submission about the May 2011 article. “It was the first time in my career that I spoke through the press.”

And, sure enough, he received a call from Jeffrey Roseman of Newmark Grubb Knight Frank—who, along with NGKF colleague Barry Gosin, would represent Barneys in the negotiations—before he even started marketing the property formally. The call led to a face-to-face meeting between Barneys and Equity One in which Mr. Ripka let everyone be seated before taking a seat between the two sides.

“It would have been four of them on one side and three of us on the other side,” Mr. Ripka remembers. “I made a point of saying, ‘Normally, I don’t like sitting at the head of the table, but today is about connecting,’”

And while it took two more years after that meeting to get the lease closed on Dec. 3, 2013, the Chelsea area will be getting a longtime mainstay back in February 2015.