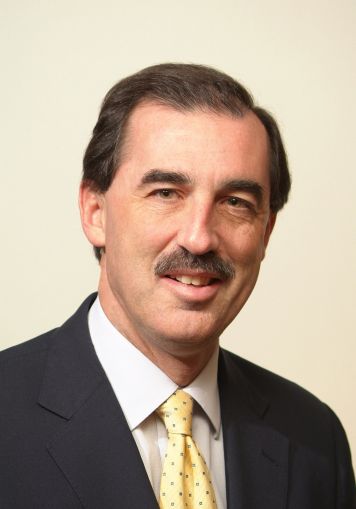 Mr. Dunne sat down with Mortgage Observer in CBRE’s Stamford office to talk about his entry into the business, his most recent standout deals and how his family comes first.

Mortgage Observer: How did you get started in commercial real estate finance?

Jeffrey Dunne: I went to business school, got an M.B.A. in finance from NYU and started in packaged goods marketing with Procter & Gamble in 1979. I did that for four years and always had an interest in real estate before that, but I didn’t know anyone in the industry. I had an itch, and I started talking to people whose fathers were real estate attorneys and people who were getting started as brokers. I interviewed with CB, and I interviewed with Cushman.

I went with CB, which was called Coldwell Banker at the time, because they had no presence here on the East Coast. I thought that was smart, because there was no one who had established anything really big yet. It was an open playing field. I came here in 1983 and have been with the firm since.

Who are some of the first big institutional clients you took on?

GE, J.P. Morgan, the insurance companies that owned real estate, including Prudential, and the first big REITs, groups like Mack-Cali and Reckson. I felt it was easier to do business with 50 or 100 firms than 500 or 1,000. The size of our client base is on the smaller side, but those clients do larger transactions. Our typical deal size is $50 million to $100 million, although at times we will do a $10 million to $20 million deal for certain clients.

What are two milestones in your 31 years in the industry?

Having three daughters that are successes in their own right; still being married to the same woman for 30-some years, which is unique in this day and age. I don’t have business milestones really. I was honored last year by the March of Dimes, and I was honored recently for the CBRE Edward S. Gordon award. My kids spoke in both cases. Those were milestones. My priority has always been my family, and my business is secondary.

You’re very comfortable staying in one place with your job and your family. What are some of the benefits of that?

How have your team and your team’s footprint grown since you came over to CBRE?

At first, it was just Fairfield County, and it was pretty much selling office buildings. We expanded into Westchester County and then into New Jersey and then into Long Island and the five boroughs. We started doing different product types in the mid-1990s, [assets] outside of office and industrial. We expanded into retail and then, in the later 1990s, into apartments. The way I’ve set up the team is that people specialize by region and by product type.

You’ve closed about $23 billion in equity transactions in your career. What is one recent sale you worked on that included a financing arrangement?

We just sold a 530,000-square-foot office property in Parsippany, N.J., called Morris Corporate Center I and II, which was owned by Ohio State Teachers. We sold it for them to a company out of Boston called Brookwood. Brookwood is a fund, so they had their own equity. Starwood provided the debt, which CBRE brokered. CBRE will continue to manage the facility on behalf of Brookwood.

What is one big retail deal your team recently closed that you can talk about in detail?

One was for Kimco Realty, which is headquartered on Long Island. We just sold 12 shopping centers for them for $409 million. They owned about 38 percent of it. In the end, they bought their partners out.

You’ve said in past interviews that you like to hire athletes due to their knack for competition. What kinds of athletes make the best brokers?

Athletes who have played and participated in sports where it’s a grind.

No, I don’t think of hockey as a grind, because its quick spurts. I think of a grind as wrestling and rowing and long-distance running. But I’m not limited to athletes when it comes to hiring. It’s a characteristic that can help you; it’s not necessary.

In the brokerage business, how do you think the competition will be defined going forward?

I think the competition will be defined by who can deliver the best client service—those who know how to deliver on what clients want and can adapt to client changes and market changes. In a rising market, it’s easy to tell a client, “I’m going to get you a ton of money.” In a flat or declining market, you don’t have the euphoria to carry you. In that sense, the term “broker” is kind of a bad term, as opposed to “adviser.” I’ve convinced people many times not to sell their property. When you’re competing, you have to spin it a little bit, but you’ll go much further if you are able to give smart, good advice.