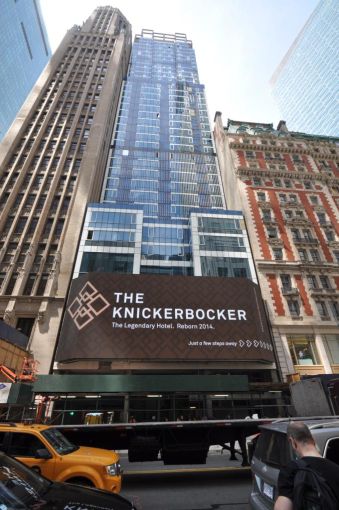 The transaction, which calculates to more than $4,700 per square foot, means any potential tenants on the site will get foot traffic from both Bryant Park down the block and the bustling Times Square subway station, with an annual ridership of more than 63 million people, according to the Metropolitan Transportation Authority.

Highgate and Walton sold the hotel property itself to Diamond Rock Hospitality for almost $125 million in 2012, according to Crain’s.

Phone and email inquiries to GLL and Diamond Rock Hospitality were not immediately returned.

Eric Mogentale, a marketing and investor relations executive for Walton Street, wrote in an email, “We do not comment on our transactions, acquisitions, dispositions, or otherwise, other than through our own press releases (and none has been released on this particular transaction).”