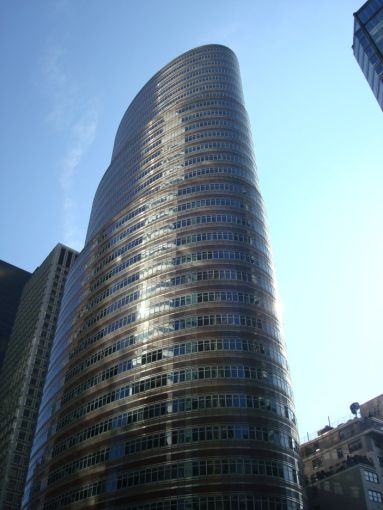 Meadows Office Furniture has relocated its Manhattan headquarters to the entire 29th floor of the Lipstick Building at 885 Third Avenue. The contract furniture provider has signed a 10-year lease for the 13,855-square-foot space, which offers views of Manhattan and the East River.

Asking rent per square-foot was $77, a figure in line with pricing of the two remaining full-floor spaces in the 90 percent leased building between $73 and $77 per square-foot, according to a recent statement. The availabilities include the 19,270-square-foot 17th floor and the 13,200-square-foot 28th floor.

“There has been dynamic momentum in the building this year, which is reflected in Meadows taking the full tower floor,” said Daniel Elzstain, the director of IRSA, a co-owner of the building, in a prepared statement. “We have consistently attracted top tenants, but recent leasing activity, bolstered by our ability to build full floors and smaller pre-built units, has been particularly robust in the first half of the year.”

The Lipstick Building has been owned by a group of investors, primarily comprised of IRSA, Argentina’s largest real estate firm, and the Marciano Investment Group since 2010. The standout Midtown office space was completed in 1986 and is internationally recognized for its makeup inspired moniker from a cylindrical shape and partially red granite exterior.

Meadows Office Furniture, which moved to the Lipstick Building from a location in Chelsea, is ranked 15th in size for Women-owned Business Enterprises in the New York City area and is nearing 50 years in business, according to a statement.